The first M20L code, a change of printer and some poor design

The Philatelic Bureau have sent me these issues which arrived today. 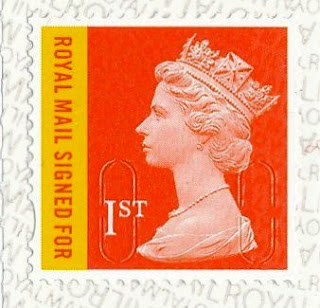 I am guessing that the 1st Signed For and 50p stamps have now been printed by Walsall and that is the reason. They both feature M19L codes too which makes them new in my book anyway! 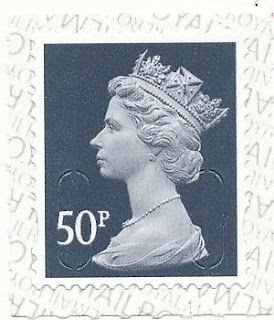 The other item is the first M20L item - the 1st Royal Mail red MCIL from the Tomb Raiders' Concrete & Clay book.

I seldom pay much attention to these 4+2 books but recognise they're a good idea in getting the latest special stamps out there to most of the population who probably wouldn't see them otherwise. Designers normally make a reasonable job of them but this time they're a mess. The stamps feature one font in the inscription but the extended identifier for the book shows something completely different.

The stamps themselves sit uncomfortably in thick white borders interrupting a background illustration which I can only assume someone selected at at random or for most obscure reasons which may make sense in game terms but look awful. I don't know which is worse; the bluish background against the predominantly green and grey stamp or the sadly clashing shades of green grey and brown on the other panel. The stamps themselves illustrate two types of digital art, but they sit uncomfortably next to each other.

I usually only keep the books which have an example of a different Machin stamp so most of them get used for postage and I shall be quite happy for these to go the same way later this year. I do hope the 1st Class stamp doesn't turn out to be a one-off for some reason.
Posted by Andrew Hill at 3:42 pm