Post and Go Birds 3 with the old style font type 1!

All sorts of strange things going on in this set of Birds 3 Pictorial Post and Gos. The font appears to have reverted to Type 1 and the weight line has disappeared for the Worldwide 10g denomination! I have the complete set of 30 values. This is very rare. 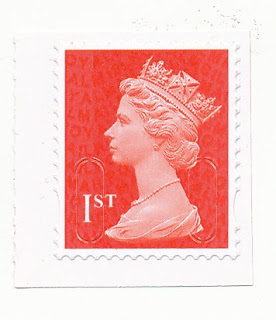 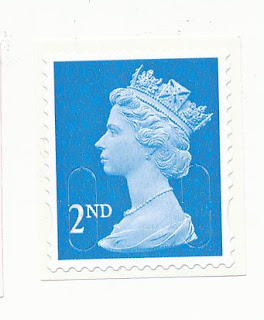 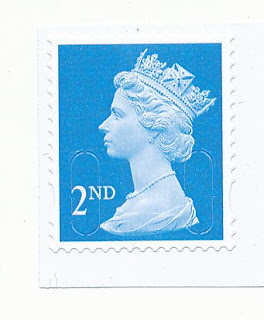 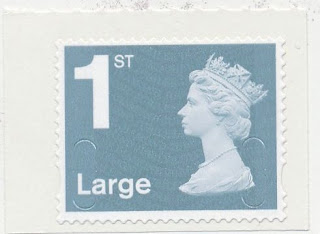 This Jubilee 1st grey-blue 2B Walsall with short bands at bottom and inset left band is very scarce and cost £15.

Even more scarce are the 5p ash pink 2B Cartor and 20p bright green 2B Cartor with inset left bands. £25 each! They come from the Dr Who pane and are quite distinct from the normal pane stamps 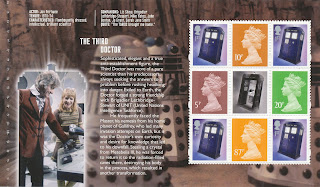 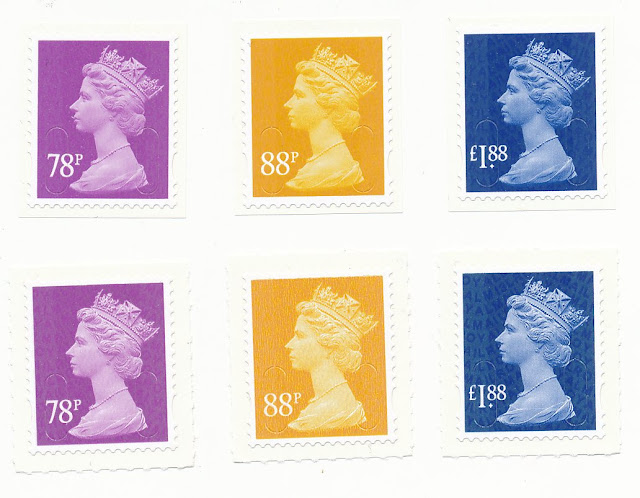 Here's something nicely collectable that reminds me of the old days! De La Rue were unable to meet a deadline for these values to be available at Post Offices so they subcontracted the printing to their rival, Walsall who provided the initial counter stock for 2 April. De La Rue eventually got their act together (they were moving premises) and provided the stamps that were issued in presentation packs and orders that the Philatelic Bureau had delayed. I also understand that De La Rue stamps are now getting to Post Offices too.

Now, why Walsall didn't simply continue and supply the Philatelic Bureau and maintain counter stocks until some future change I don't know. Maybe it's more convenient if there is just the one supplier of main type of definitive stock. Anyway, that should make Walsall items worth looking out for as they will be comparatively scarce.

They're also easy to distinguish, thanks to another instance of DLR slightly slipping up. Walsall stamps have M13L as the date code, following the traditional layout so far in this respect. DLR, for some reason best known to the guy setting up the plate at the time, used MA13! Great!

The Walsall prints (the lower row in this illustration) have a slightly lighter head and different security slits too. 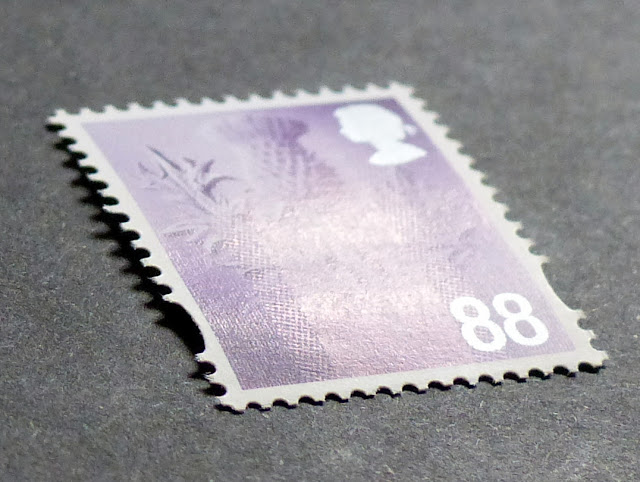