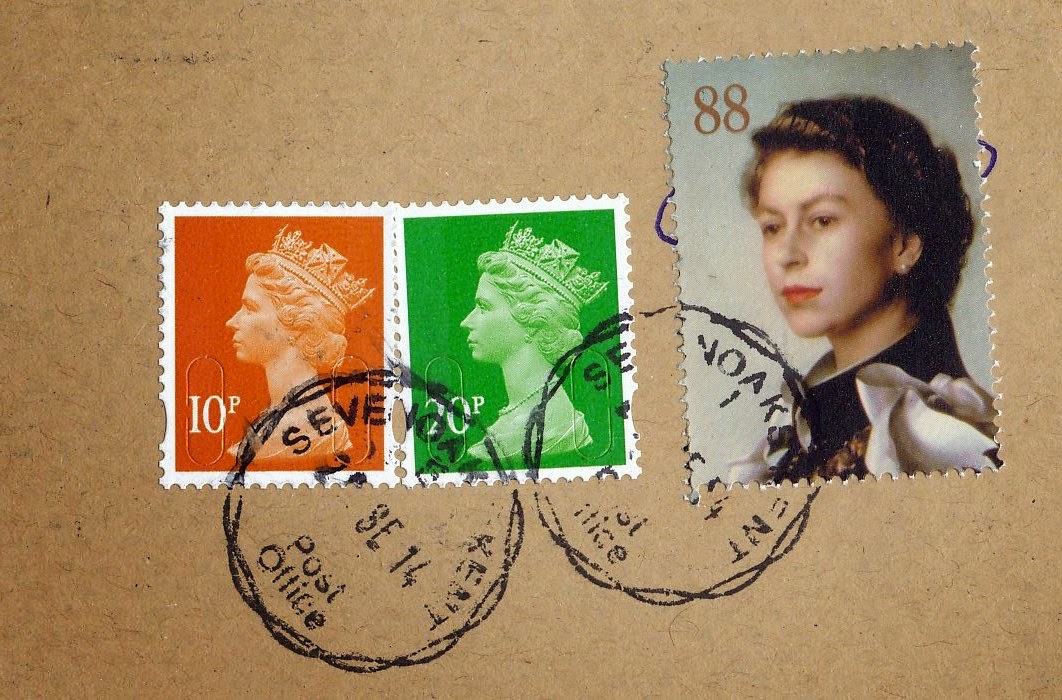 You know, it's when you get stamps like this on an envelope in the morning you realise why we started collecting British stamps in the first place. The 10p and 20p are, perhaps, not in the best colours but it's easy to see at least five colours for each of those denominations and if you are prepared to look a bit more carefully there are a good 50 readily identifiable items to collect with these two alone.

They're proper stamps that you could have bought from a Post Office. OK, now maybe many of us had them sent by the Philatelic Bureau but you got the feeling that they were all issued to post things with and if you wanted you could have got them from the Post Office or waited until they arrived on mail.

With the exception of the prestige books, I can't think of any Machin stamps that were issued mainly for collectors to collect. That's why I have stayed with them all these years. I was there at the start in June 1967 and will only stop when they do. I soon realised that the commemorative, or special issues as they are now called, were becoming more items for income generation for the Post Office than anything else and that collection stopped in the late 1970s. I am still suspicious of the prestige books but they have been sufficiently few and far between to accept and some have been really attractive and interesting items too. For the most part I could have lived without them, though, and I was much happier when their contents comprised solely Machins!

Some special issues have been impressive and you only have to look at the one illustrated here to see a great example of stamp design. It's a superb photograph, of course, but can you think of any other stamp that has nothing, nothing else, on it except Her Majestyand digits for its face value? These are almost definitive!

So what's this post all about? It's all very nice reminiscing about the past and everyone can moan about something to do with current stamps. I don't know if it was the £171 bill for this month's Post and Go variations. It might have been but I think it was that envelope that convinced me to cancel all except simple Machin future Post and Go issues. No overprints. No flowers, creatures or flags. I did think twice about flags as they do have a certain definitive feel about them but that might have allowed in some other potential 'definitives' too.

I almost said "No more Post & Gos at all" but came back from that brink. The Machins are likely to have status similar to the Framas in future and may even become the more often used if expansion of machine installations continues apace. For now, though, if you're a 'stamp' collector, it is actually the gold Horizon labels you'll see most of! I can see a case for these Post & Go labels to merge with the Horizon labels one day, and then there's the new NCR developments too. It all sounds a bit sad for the little 'normal' stamps but that's really where my heart and interest still lies. They're the ones I intend to keep collecting and researching as best I can and they'll be a lot cheaper too. I hope.

The one very strange conclusion I have had from the Post & Go experience so far is that it is the used items that I feel could, ultimately, prove to be the best to collect. I have seen just one on my post but I do see them advertised quite cheaply. The mint items, which people demand receipts for as well nowadays, are largely just obtained by dealers for collectors and there's a sort of unhealthy spiral going on there which, whilst no-one can blame dealers for meeting the demand, I do feel that the pictorial and overprinted issues, especially those only available at exhibitions for a few days if you're lucky, are like some Sunday Magazine offer aimed at the same market at porcelain birds or bronze Harry Potter figurines.

So I wish you all good luck with keeping up with the pictorial Post & Gos and all those strange overprints. I really won't miss them in the slightest and all my stock of them is for sale if you're interested.

Posted by Andrew Hill at 1:52 pm No comments: 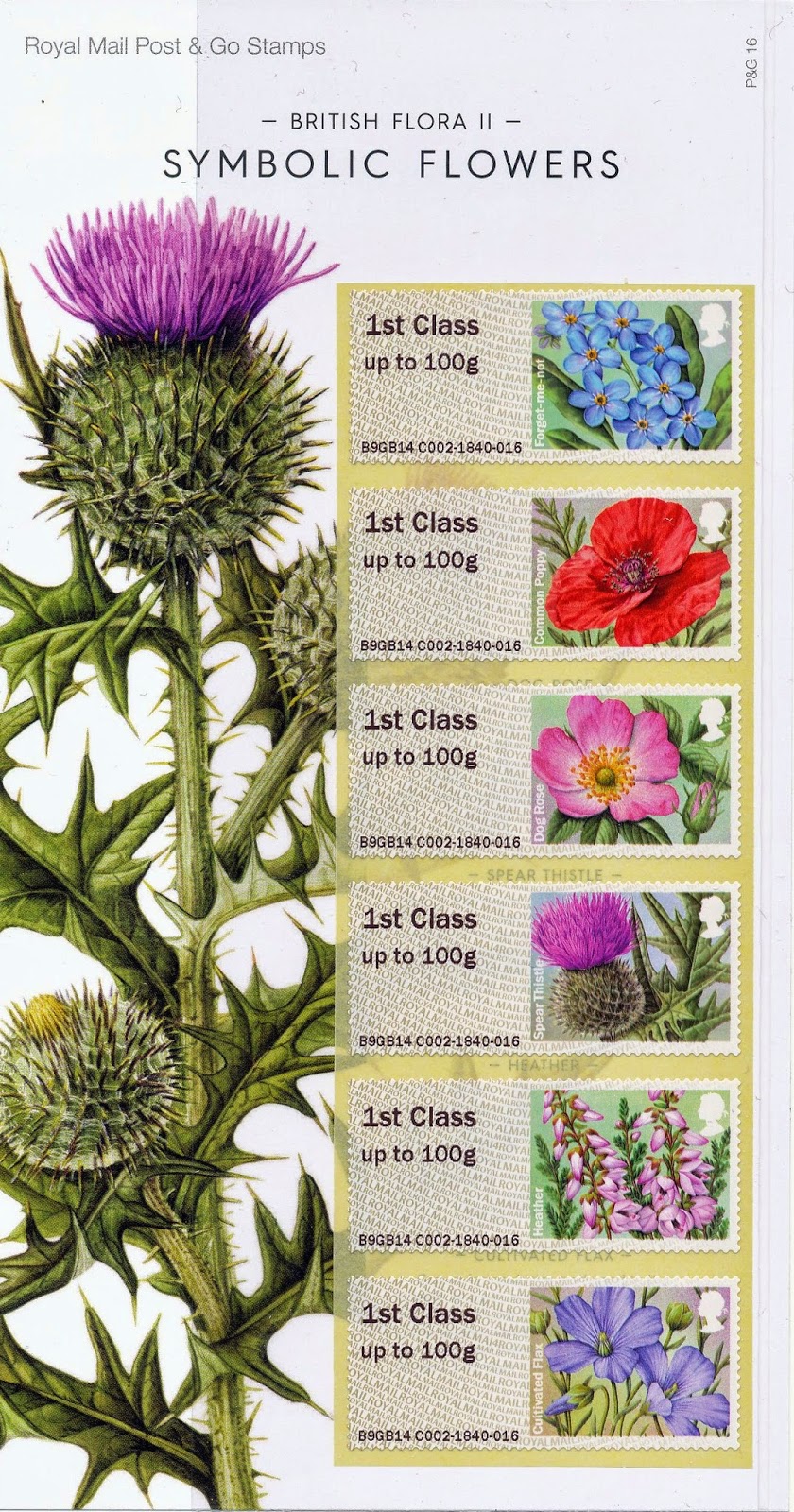 Posted by Andrew Hill at 5:15 pm No comments:

Right, pay attention. There is another Post and Go font. I am calling it type IV for the time being as I have already used up III* and the idea was that the one with the * would soon disappear and I could carry on calling everything just III but it hasn't worked out that way.

Below are the III* fonts on current issues from NCR machines: 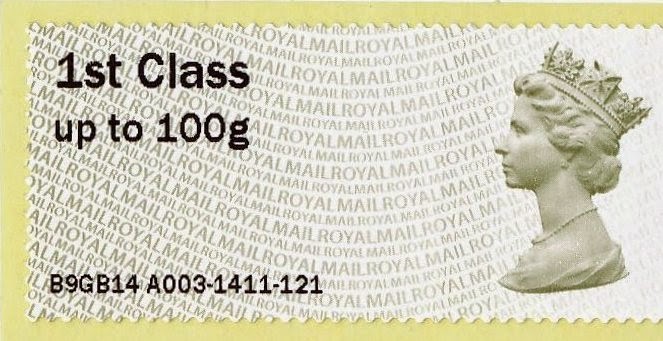 For comparison, here's the one I thought would stick around which I called type III without an asterisk.

Stanley Gibbons Catalogue will probably just call all these Type III, of course. I am really hoping that we are just going to see types III* and IV on the same labels and not further variations.

Posted by Andrew Hill at 4:41 pm No comments: