From Edinburgh today comes a somewhat less than inspiring bundle of 'new' items. The coil strips look exciting - strips usually are - but the 2nd Class is M12L MTIL which I featured in a February post. There may be something different that I haven't noticed and the first one did come from a specialist source. It would seem a bit unlikely, though, that it has taken the Philatelic Bureau staff six months longer to realise that this is out there. Then, of course, there's that 2012 date code! What is that about - or has this strip been around for two years and they've just realised?

My guess is that there's something else different. I just don't know what it is yet.  The first class is different, I am pleased to report. It is M13L MTIL which I haven't seen before, despite that being a 2013 code!

There were also five new booklets issued today. They have a new telephone number or something on them but what we're really interested in is the stamps and, yes, there are four that you'll need.


The 1st Class M14L MTIL has been around before but the others are all new.

I have always found it odd that everyone use MA14 or whatever on the Large issues but M14L on the normal sizes. There were some oddities in previous years but generally all the Large ones have an MAØØ type code and others the M1ØL style.

Posted by Andrew Hill at 2:30 pm No comments: 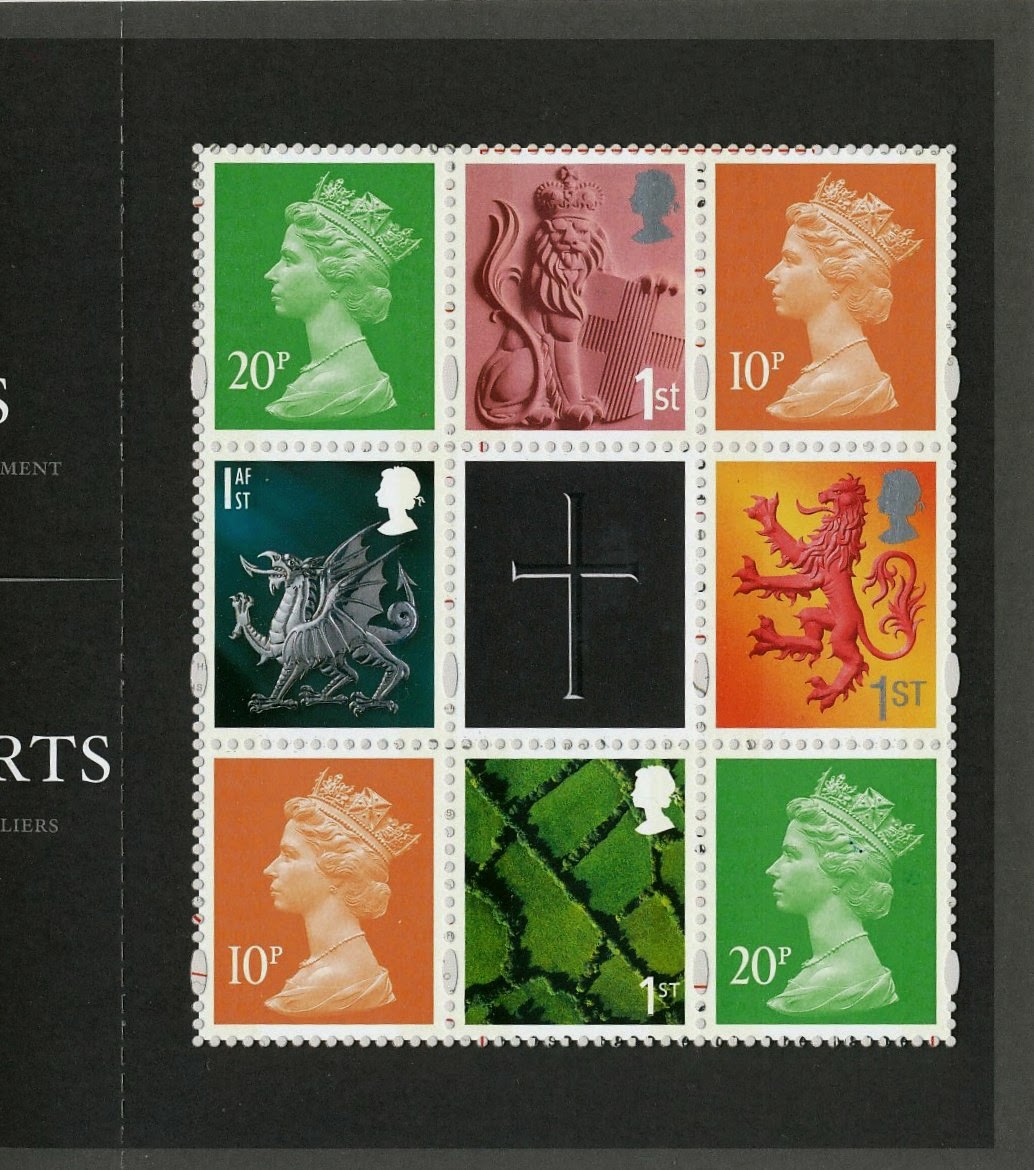 Something for everyone with the 1914 First World War prestige booklet out today. The content is naturally sombre and factual, with an effective fold old illustration across a set of pages. As well as three new Machins, there are the four nation's 1st Class stamps in what I am presuming will be a distinguishable form. 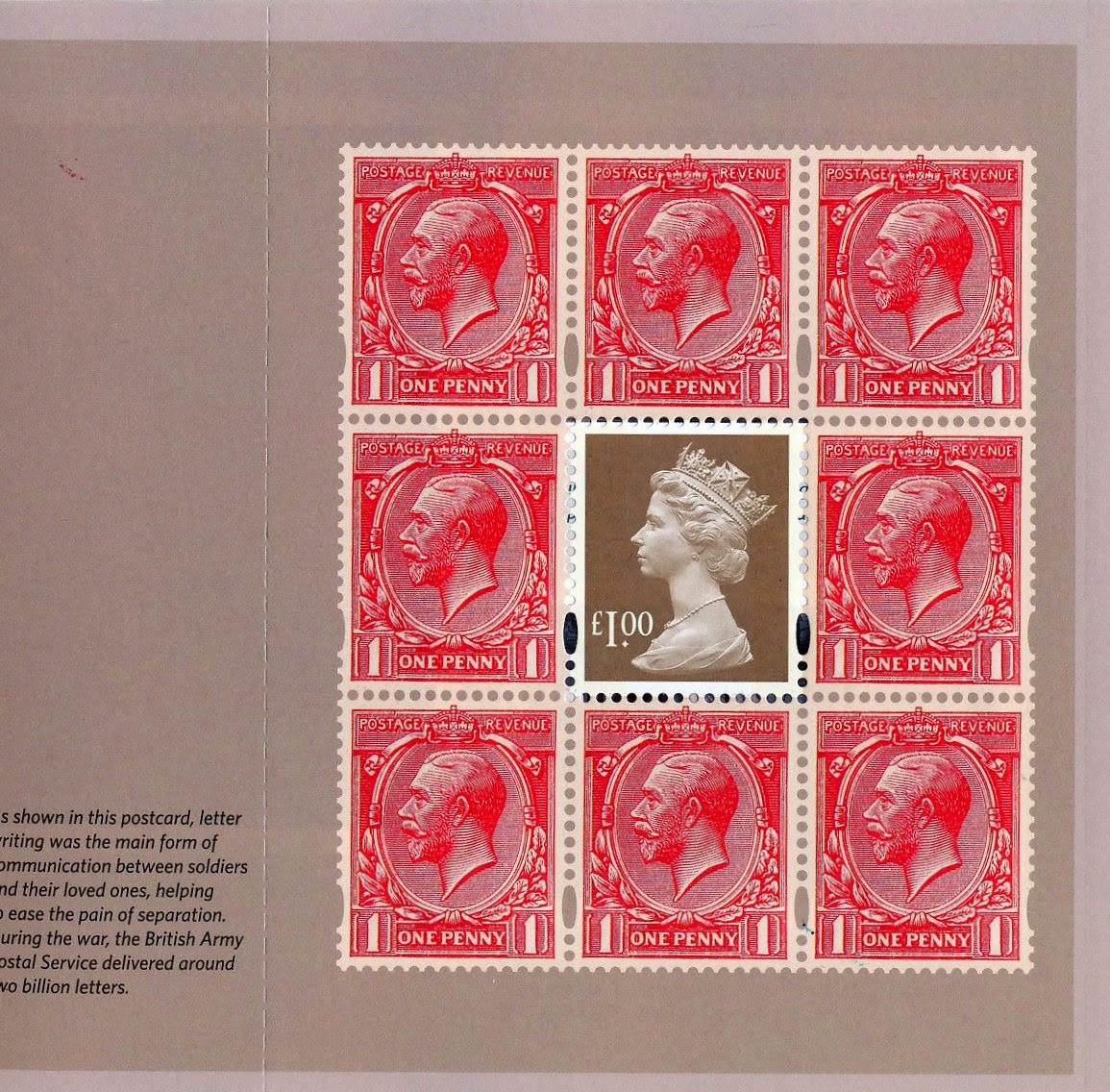 The Machins are maybe not very 'new' as each of the 10p tan, 20p green and £1 pale brown (or wood brown as they call it) with the code M14L MPIL, printed by Enschedé could be found in the Buckingham Palace book. I am wondering if they do have any differences at all!

The Regionals are definitely new, though, as recent issues have been different designs so you'll need that pane anyway. I am not sure whether Cartor are any different to Enschedé now. 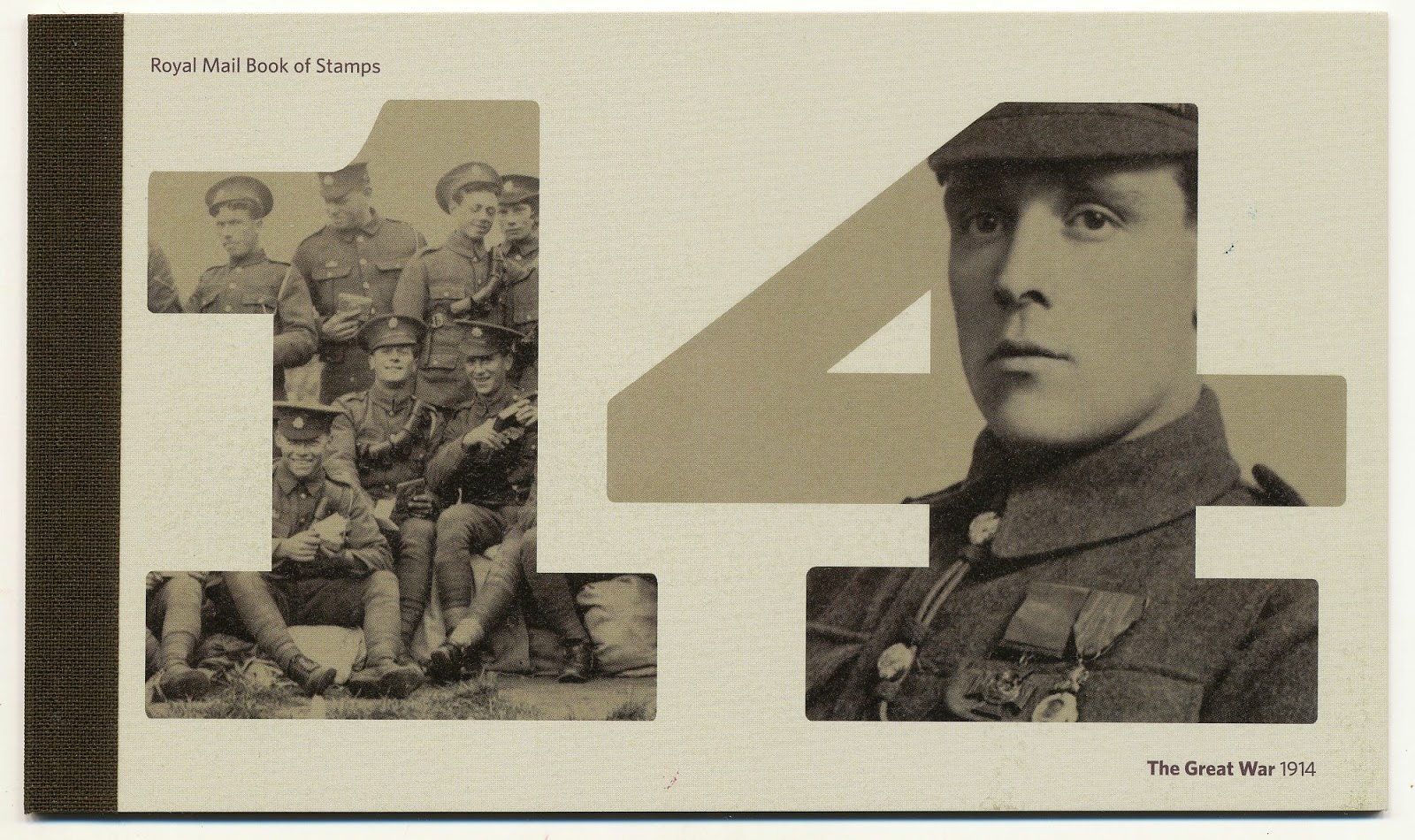 Posted by Andrew Hill at 5:59 pm No comments: