Let's get some of these stamps on the mail

This miniature sheet was also issued as part of the Machin 50th Anniversary but, for some reason, I didn't get a copy from Edinburgh. Not sure why but a supplier has sent me two so it may have been just as well!

This shows a few of the various different styles used for the definitive, all but the 4d being perforated and able to be used for real, not that more than half a dozen ever will be, I suspect*.

To my eye they all seem to have broader white margins than the originals. It is nice to see the first self-adhesive honoured here, albeit now with gum! The PIP 1st gold is there, I am sure, purely to annoy me as I have written so often in the past of how I find it a dreadful design and I really had not wanted to be reminded of it. But that's life. The 1st red is also unique in having the code M17L MMIL.

The sheet contains another example of the rather splendid, if a touch showy, £1 very shiny gold. I cannot detect any difference between this and the four in the prestige booklet but no doubt there are differences if you are into fluor and phosphor glow. I cannot ven see the phosphor bars at all!

So here, too, are the entries from the prestige booklet:


Getting back to normal issues now, there are a further four with 17 codes:


*The sheet I started with above costs just £3.85 which is the total face value of the decimal stamps. If you can get this at a Post Office then I urge you to do so - in fact buy lots and use these on your mail. Well, stick the 1st PIP on some bills or something that is likely to be destroyed shortly after arrival but the rest may eventually land in some child's collection here or there.

I suspect that my local Post Office in Towcester, despite being redecorated recently and re-opening today (the 1970s shelving had had its day really), will not have these so I may have to spend some money and get a supply from Edinburgh. It'll be well worth it, though, if a few do get through to someone else who will care for them and someone new may, perhaps, be inspired to treasure Machins for another 50 years.

Posted by Andrew Hill at 6:15 pm No comments: 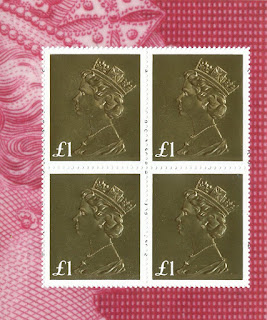 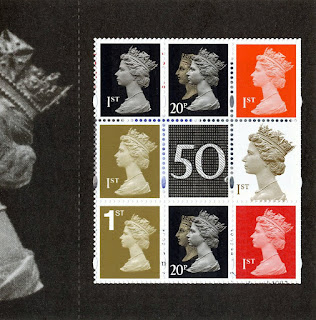 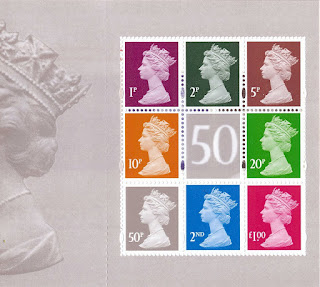 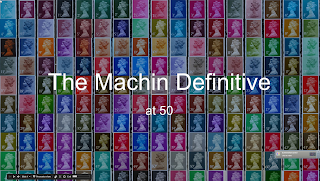