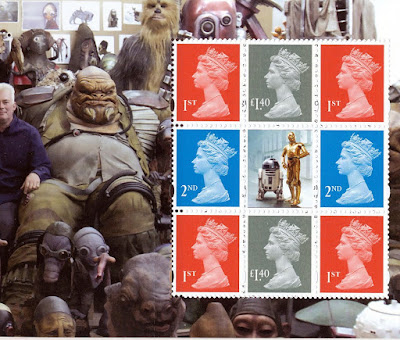 Star Wars again. Now I am sure that it is a great film series and I do recognise the important British contribution to it but I find the extraordinary output from the Royal Mail to celebrate, promote and generally support what is essentially a commercial venture making profits for someone far away slightly surprising.

I remember the days when there were frowns and threats of dismissal merely for suggesting that someone who might be alive at the time appears on a stamp along with Her Majesty. I suppose these fellows are not alive. All most odd but never mind.

The prestige booklet has the traditional Machin pane which provides us with the three new stamps shown: A 1st Class in (oddly) an old shade of red M17L MPIL, a 2nd Class bright blue M17L MPIL and a £1.40 pale grey M17L MPIL.

Also turning up this month is a 1st Class Royal Mail red with a 16 code! M16L MAIL sheet issue that you might have thought had been issued already but it hasn't. 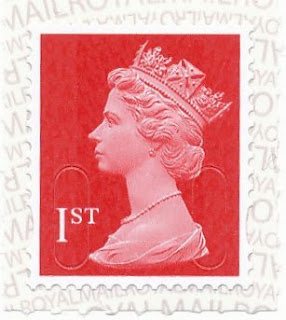 There is also a 1st Class Royal Mail red M17L MSIL from a Walsall booklet. This is the first with the new type of security printing on the backing paper. 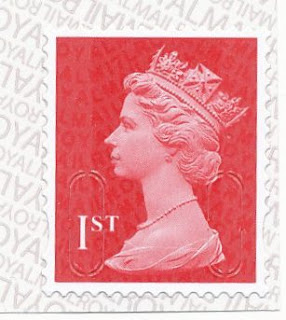 I may have forgotten to mention two other new 1st Class issues recently. A 1st Class Royal Mail red M17L MCIL and another M17L MTIL from the Concrete and Clay Star Wars booklet and Walsall books of 12 respectively.

As I have said before, I shall not be bothering with the variations where the security printing is the other way up. There are limits . . .

Not the most exciting of times, I'm afraid. Although I am not seeking to have a renewal of those crazy inflation rates of the past, the combined effect of NVI issues and few rate changes has led to very few new stamps of late. Remarkably, just yesterday I was in a queue at a Post Office when a lady was saying that she was unable to buy second class stamps anywhere. I suggested that the chap behind the counter make up the amount with whatever he might have in stock by way of definitives. "I don't keep any", he announced. It seems that they do everything that's required now with the Horizon label machine. That explains a lot!

Perhaps now we collectors are not only the sole purchasers of Royal Mail's 'special issue' output but also their good old standard definitives too. It really does feel like the time has come to draw this series to a close.