Only Fool & Horses and some more 20 code varieties


And from the Only fools & Horses Prestige book, all M20L MPIL: 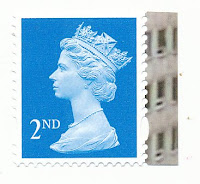 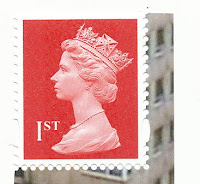 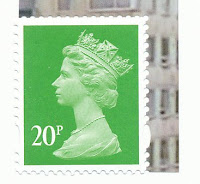 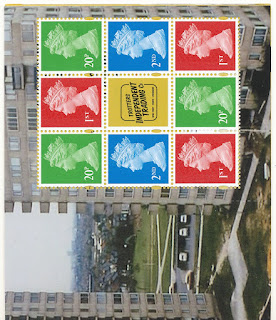 Posted by Andrew Hill at 2:26 pm No comments: 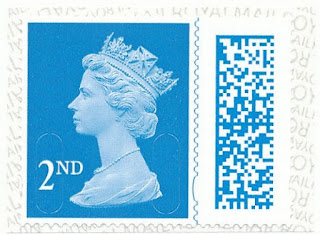 A surprise in the post this morning - this new 2nd Class stamp. I had noticed a bill for a new 2nd Class stamp issued by the Philatelic Bureau some time ago and, whilst wondering just what was in store, I concluded that it might just be some minor change. Instead there is is this much larger item.
The label comprises two images, the traditional 'stamp' and a type of QR code matrix. To preserve the impression of the 'stamp' being a 'stamp' there is a wavy line incorporated in the design to make a printed 'perforation' between the two main images. I have to say that this looks odd and will only fool those applying the label to a blue envelope. But never mind. So what on Earth is this all about?
It seems a little OTT for just security but I understand that the code for every stamp is unique, with the QR code revealing (to anyone with a QR reader app on their phone) a string of digits which only that item will have. This will certainly make forgery less effective as the idea is that equipment at sorting offices will record the use of the string of digits and reject any further use through some form of intercommunication across the nation. I hadn't appreciated how much money must be being lost through forgery for such a lot of extra security printing measures to be justified. My guess is that the string of digits might be used in future to track an item's progress or, more mundanely, provide detailed data of items source and destinations for Royal Mail.
The backing sheet also contains the wavy lines of text in a similar style to that used across the self-adhesive range.
The stamp image has the same security features as we are familiar with, with an M21L MBIL code indicating that this one is from a Business Sheet which, I imagine, is the code used in most forgeries. Perhaps we will also see this available at counters and in booklets, together, naturally, with 1st Class items in similar vein to be seen before long.
A new page required in the album. That was not expected. I thought there might be development of a picture theme to replace the Machin head and it is interesting to note that the separation of the main code element from the stamp design does leave it quite possible for other designs of the 'stamp' to be substituted. I cannot see this device being rolled out to other than the NVI issues, however.
I would tell you more but I have not received a Philatelic Bulletin for some time, where I would imagine details have been provided. I had to turn to Norvic's Philatelic Blog for help and there you will find chapter and verse in fine style.
Posted by Andrew Hill at 2:14 pm No comments:

New values, an odd Wales 1st and the first 21 codes 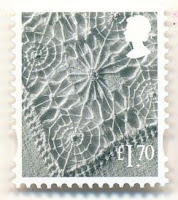 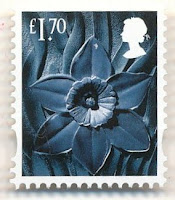 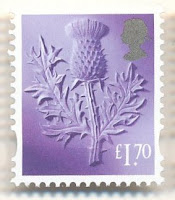 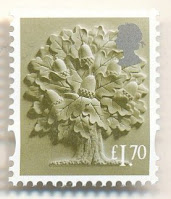 Posted by Andrew Hill at 1:56 pm No comments: