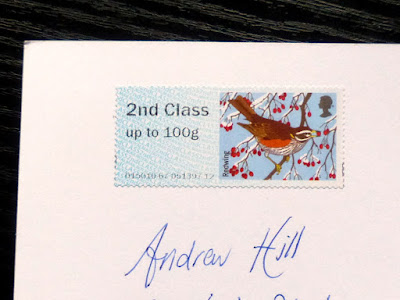 I think this is the fourth 'used' Post And Go that I have received. I say 'used' although the postmark appears to have been applied to the other side! Some delightful handwriting demonstrated how much more pleasant it is to receive cards that look like someone cares. The days of printed address labels have been around for many years now and the difference is quite remarkable. They may well be more efficient but I am not at all sure they contribute to conveying the intended message as well.

I remember using MailMerge in Word and Excel back in the 1990s and being pretty pleased with myself at the time. I did make an effort, though, to make the labels also a bit more fun with pictures of Santa or reindeer. Now I write them all. It takes a bit longer but I know which I prefer to receive.

So, on the other side, here's the cheery card from our friends in Edinburgh for 2015. I did at first wonder whether there was some game I was supposed to play by stroking the snowman's tummy but realised fairly quickly that that's the postmark message! 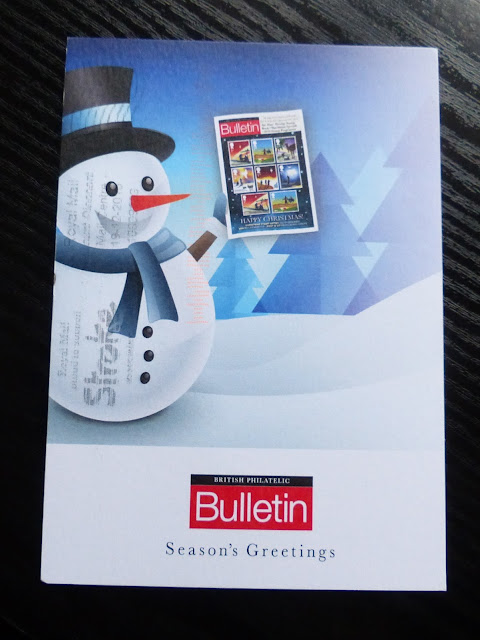 Incidentally, what are the dark marks on either side perforations? They're not postmarks - looking at my original image they seem to be part of the print as if the adjoining label pattern had slightly shifted. Except that it wouldn't have shifted left and right and there wouldn't be anything to the left or right anyway. Intriguing. Any ideas? 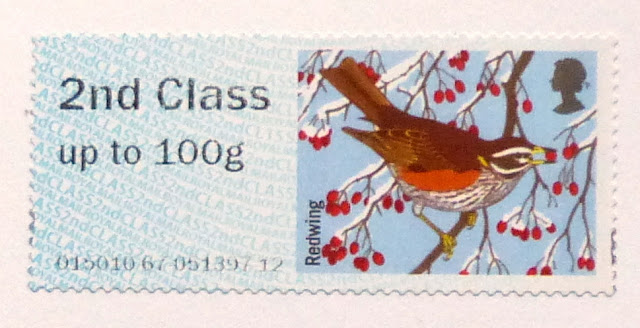 Posted by Andrew Hill at 6:16 pm No comments: 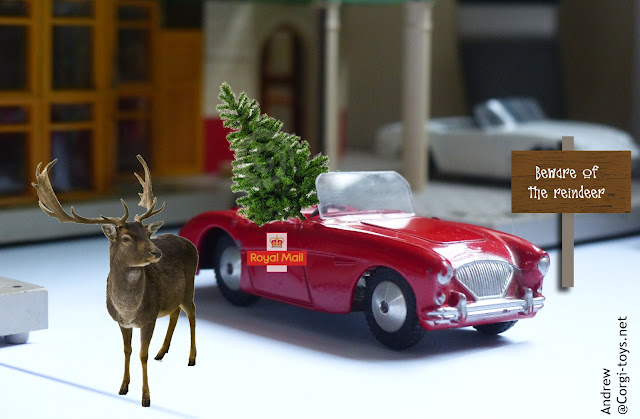 Combining my collecting interests in this year's Christmas card. All the best to all my readers and I shall try to be in a better mood next year.

Incidentally, I spotted this while out walking yesterday in the adjoining village of Eastcote, Northamptonshire. I am not an expert in the field of British Post Boxes but I haven't seen anything like this before so guess it must be some new type. I am sure that every other box I've encountered has an embossed EIIR symbol. This shiny metal plaque looks a little less important. 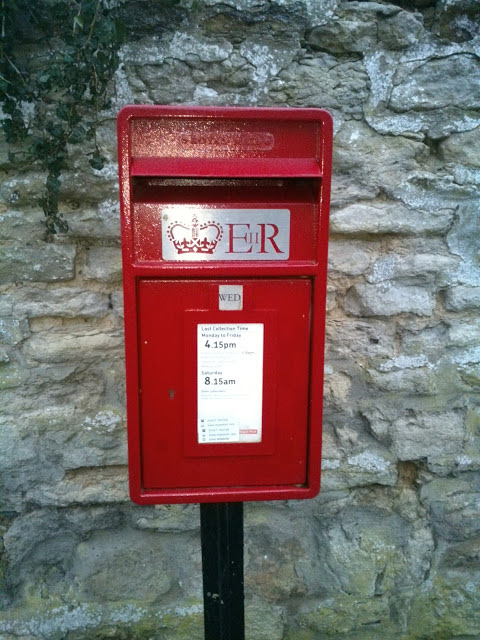 No doubt someone will bring me up to date on these things. A quick Google image search didn't reveal much but I ahve also shared the picture on twitter @GBMachins so that'll probably get some comment too.

Posted by Andrew Hill at 4:44 pm No comments: 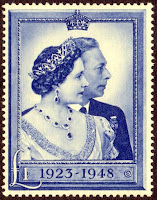 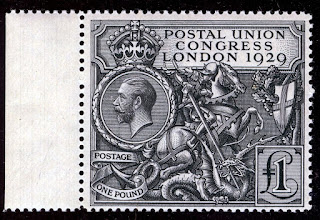 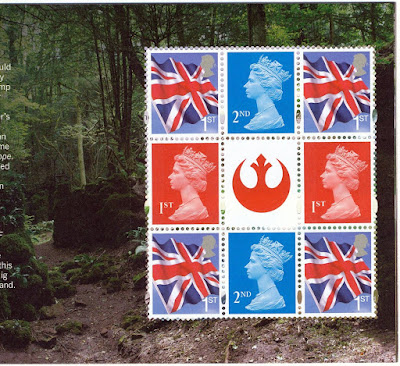 Posted by Andrew Hill at 4:31 pm No comments: