More 19 codes and underprints this way and that 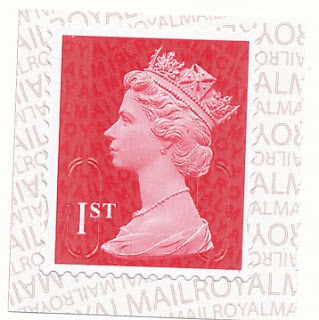 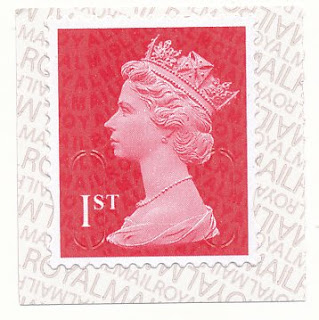 Two M19L MCIL 1st Class stamps that appear new - firstly with a paler shade of Royal Mail red and in both backing paper print orders. One, from the Elton John Concrete & Clay book is distinctly paler than its equivalent in the Birds of Prey book. The other is from the Royal Navy Ships Concrete & Clay book and has a duller fluor than those from the Marvel book. I have to admit to struggling rather with fluors which I can't see and underprints which I can never tell one from the other. 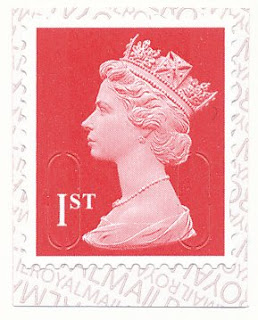 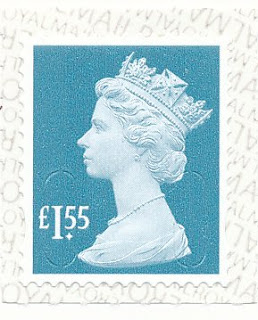 This £1.55 marine turquoise has a pale Queen's head and a bright fluor (as well as an inverted backing compared to the previously mentioned 19 code for this stamp). 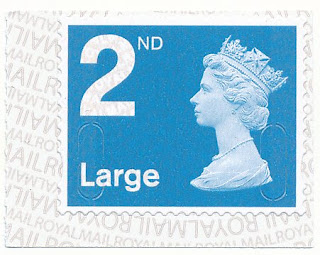 M18L MFIL 2nd Large. I'm not entirely sure why I have this. I am advised that it has full length bands whereas a previous issue had short bands at the top. I stopped collecting the short or misplaced bands where this was the only difference a long time ago. However if that variety was the only one available before then I can see some logic in my needing the 'normal' stamp with bands where they're supposed to be now. Needless to say, if you are still collecting these different types (and underprint orders) then you'll need this one too. 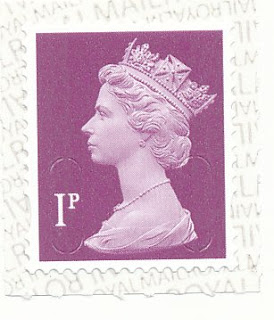 Rather more normal, now, we have some more 19 codes for the 1p crimson, 2p dark green and 5p ash pink and the 1st Class Royal Mail reds with codes B, S and T as well as the T code 2nd Bright blue. 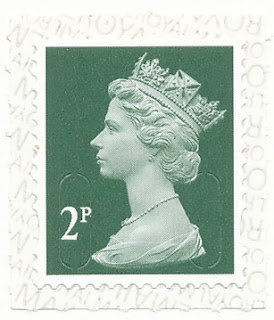 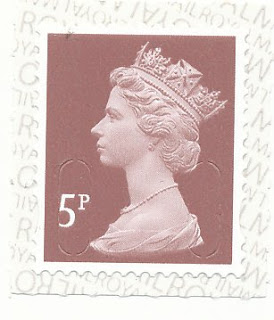 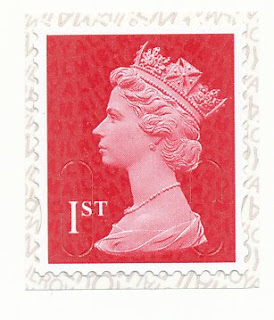 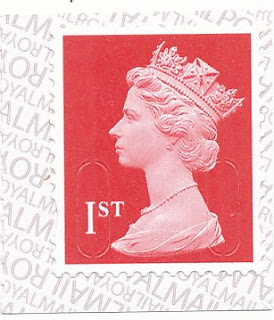 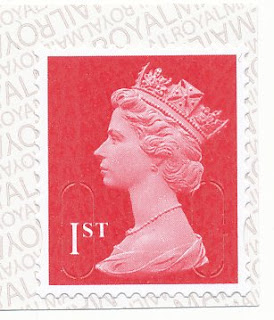 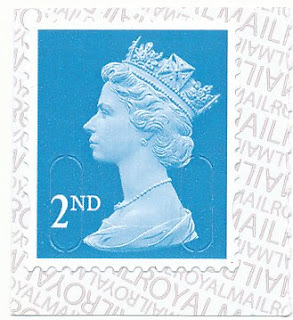 I did think we'd had all these but clearly I am imagining things! It is nearly October and these are the issues which I expect people to use the most and to have been needed rather earlier.

Some time ago my son bought me a couple of fat 'stock-book' style albums for my birthday which I thought would be sufficient to see out the Machins. It looks as though I shall need another as the NVI album (started with the new coded issues) is full to bursting as a consequence of so many variations within each year code (and not helped by two anniversaries). I bravely drew a line at short bands and underprint directions in the hope that the pages might be adequate. I should also have stopped getting fluors which, without an ultraviolet detector, remain what appear to be duplicates of stamps already there in some cases. Often, though, the different coatings had coincided with a distinct shade and they do continue to relieve the boredom.

So I'll stick with the fluors a little longer and just start a new album in 2020. I just hope like mad that I can actually fit in the rest of this decade in the old one.

As for the issues with specific denominations, I place these in individual mounts stuck on the pages. The number of times I have had to move huge numbers around and insert extra pages when yet another 20p or 2p arrives is crazy! And just as you think the higher values are fairly safe in their line-up, along comes a £1.88 or something to insert somewhere you really had not expected to have to disturb!

As for where to put panes from prestige books, I have left most of them loose around the page for the lowest value shown. To make space for these is an even more disturbing task. I get slightly annoyed with these books anyway and, whilst I am now committed to seeing them through to the end, they are now just an expensive thing that has little to do with the stamps I originally started to collect. I used to get quite excited when these booklets came out with their several panes of Machins.

Even then, I realised that the chances of finding a genuinely used stamp from a prestige booklet was minute but I didn't mind too much. They're fine production items now and certainly informative but the predominance of what seems pure advertisement rather than celebration gets on my nerves. They're often even worse now than the sets of plates or figurines which were promoted in mailings and the pages of Sunday Magazines. I do not want a hole on the page where a Marvel 50p should go!

I shall end on a more cheerful and appreciative note. The last few months' Philatelic Bulletins have had excellent articles on Machins and it has been a pleasure to see so many pages devoted to these stamps each month. As I have been banging on a lot in the past about how this publication seemed to have forgotten all about us Machin collectors it is only right that I should now give credit where credit is due and hope that they can keep up the good work.

Posted by Andrew Hill at 5:52 pm No comments: 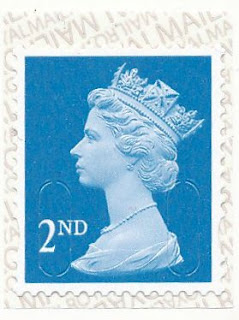 Add another 19 code to the list. This is the 2nd Quite Deep Bright Blue Business Sheet issue M19L MBIL. 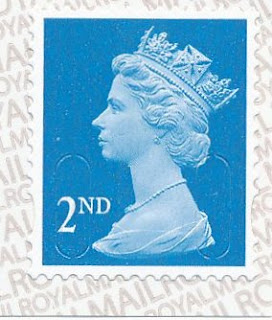 Not a great deal more has been happening in the world of Machins recently. There will be some new Concrete & Clay books for ships and now Elton John is getting some promotion but I expect this will produce merely the same MCIL stamps that we have seen already.

Posted by Andrew Hill at 7:23 pm No comments: