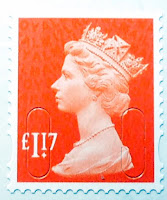 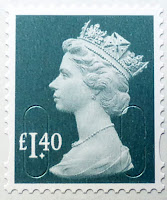 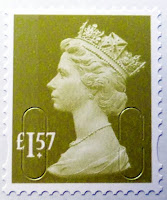 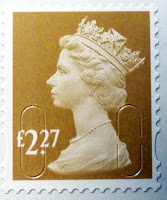 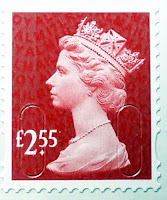 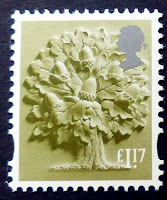 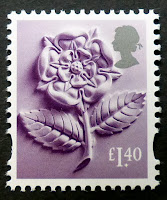 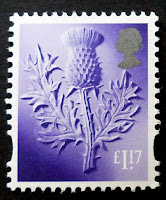 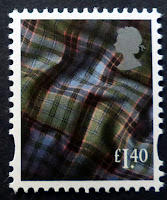 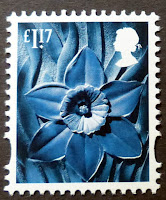 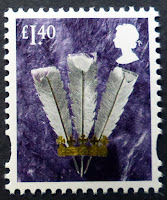 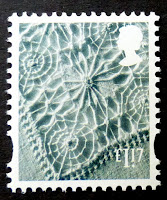 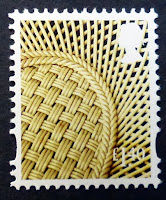 I have been asked to give a talk about Machins next week so have been putting together some display items. Along the way I created these A4 sheets illustrating the different decimal values issued. The audience are not at all expert so a simple set of different colours and value styles will suffice. I know that there could have been many more pages! I hope I haven't missed anything important. (The heading is wrong but I can't crop images in this software. It should have been 1971-17 and, of course, there'll be plenty more to come.)

Anyway, having gone to all the trouble of creating them I thought someone out there might appreciate the sheets which I have included here. 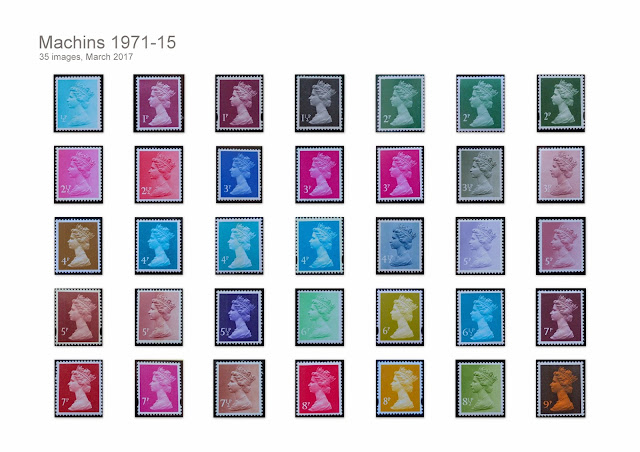 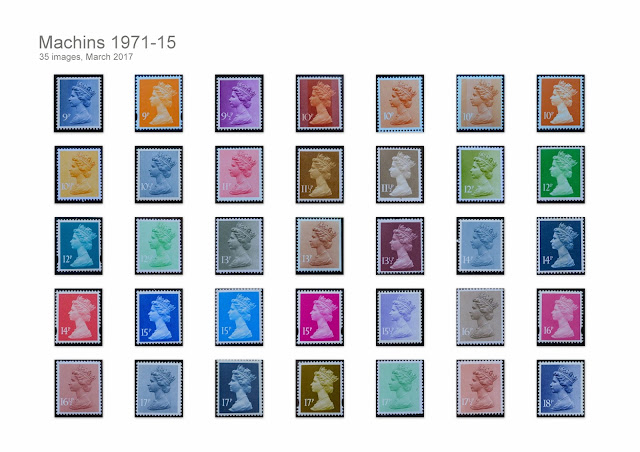 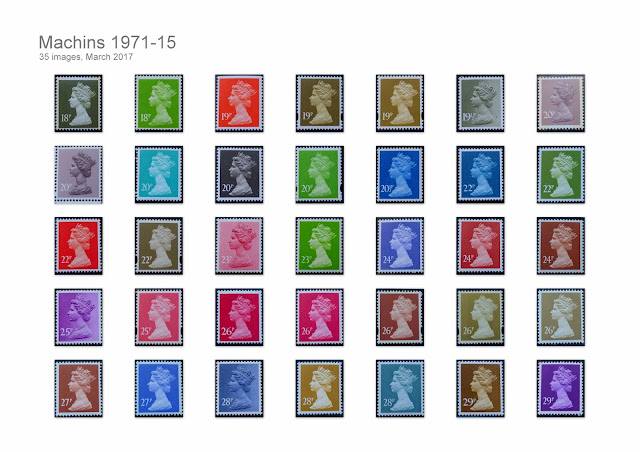 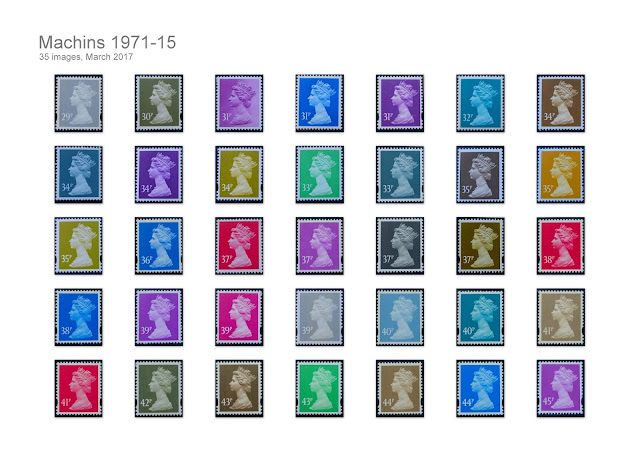 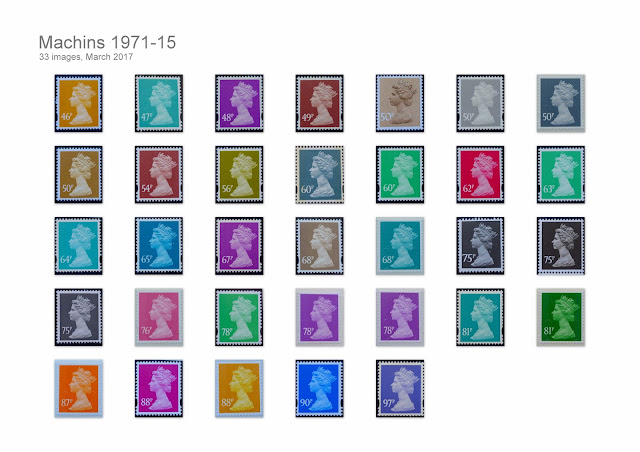 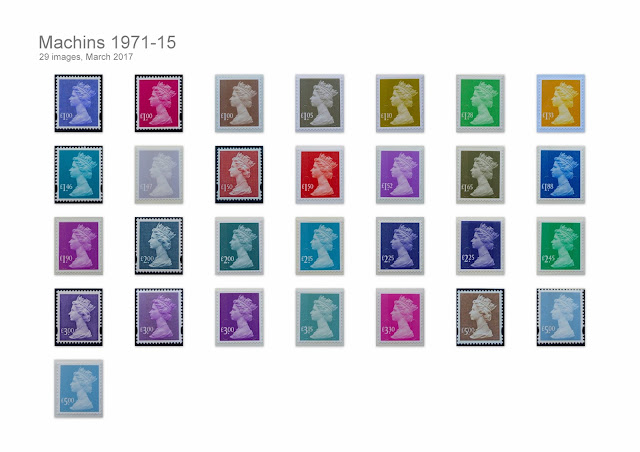 Posted by Andrew Hill at 3:59 pm No comments:

I hadn't been paying much attention to the labels on most parcels that I get nowadays. In place of the gold labels the white ones have been a familiar sight now for some time. Then I noticed another, much cleaner variety, for which I have now had a couple of examples. 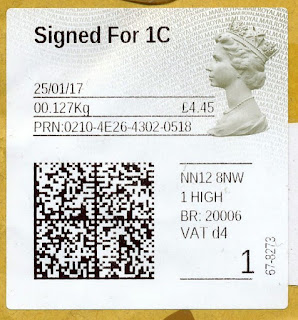 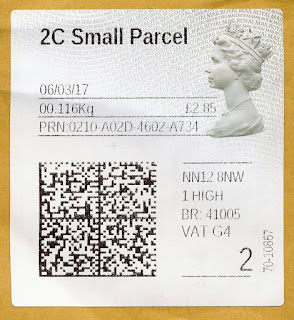 These are much easier to read and the label is slightly smaller, 55mm x 60mm instead of 59mm x 65mm. The 'postmark' graphic reminding us that it is a single use only label has gone and the space used for an extended address reference, now including the start of the street name and there is a new code running vertically in the bottom right corner.

Below are some examples of the various labels I have received in the older format. 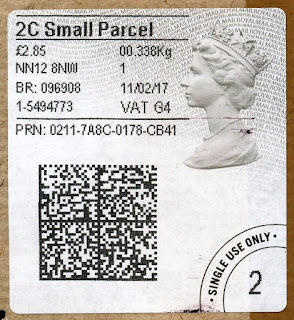 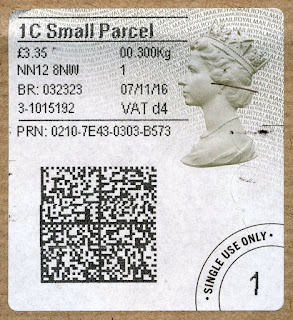 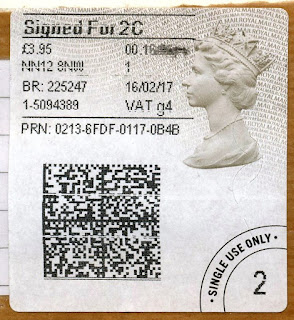 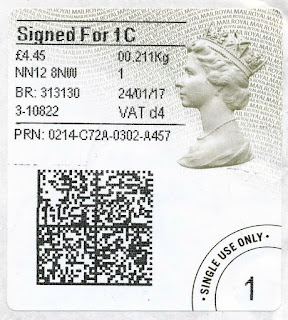 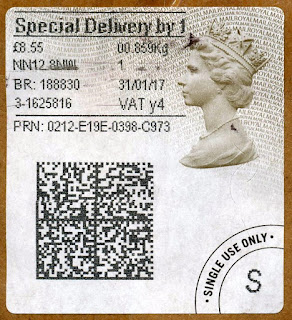 The shades do seem to vary quite a lot, from an almost colourless grey through grey-green to a distinctly brown flavour. They may not have the charm of Machins but are quite interesting none the less. And they don't require me to examine my bank balance every month!

With the 50th Anniversary of the first Machins issued coming up on 5 June 2017 I thought I had better add the basic list of £sd values to my catalogue.


Now I need to check that I do actually have them all! It was a long time ago when I put these in their album.