We'll kick off with something very innocuous- the latest 6 x 1st booklet in the nice 4+2 format and its 1st red M14L MCIL definitives. These are not new - the Buckingham Palace and Commonwealth Games booklets had these too.

A bit quieter on the Post And Go front for me with just the two standard Philakorea overprints (which will go straight on sale as they hold no interest for me whatsoever) and an MA14 date Machin which is new and something I will hang on to.

The Philakorea overprint sort of sums up the good and bad about these things. It is delightfully amateur in that no-one seems to have bothered to check whether all the text will fit in the space to the left and that I find appealing but not enough because I then think "Who on Earth will ever see these in the first place?" Mad collectors who have time and inclination to go to South Korea to talk stamps. And dealers to buy a bundle of stuff to sell back to collectors. I simply don't see the point of them other than some event memorabilia and wish I hadn't added to the coffers of intermediaries with these two strips but I hadn't cancelled my Post And Go overprint orders in time. At least North Korea doesn't benefit.

Back to Machin definitives as we used to know them again and some strips with M13L MRIL are available. You'll most likely encounter singles on mass mailing where stamps are used. There's a number printed on the reverse of the backing every 10th stamp so it's usually a good idea to get two of these strips or, I suppose, just the two singles are sufficient. 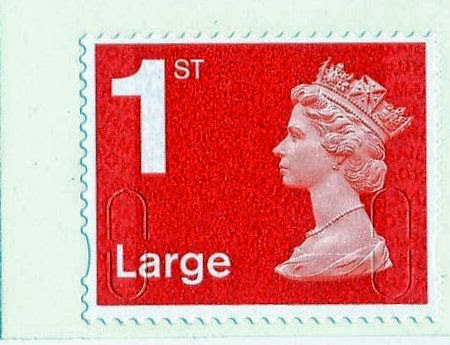 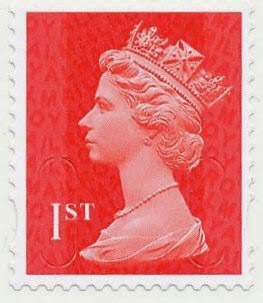 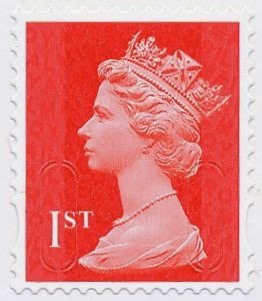 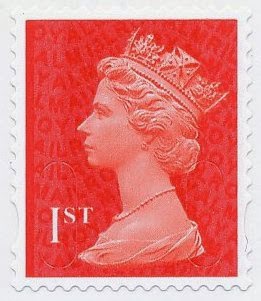 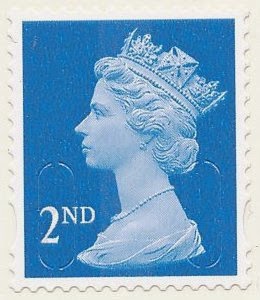 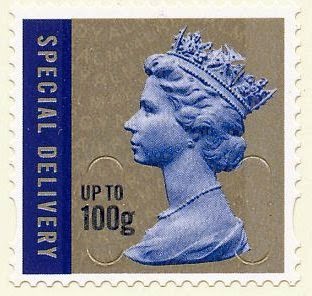 Finally they must have used up all the 100g Special Delivery stamps, despite the gold Horizon onslaught behind the counter! Here is an M14L version of what has been MA10 to date.

Posted by Andrew Hill at 3:40 pm No comments: