Some quite distinct new shades appeared earlier this year in the Regionals. I have mentioned the English one in an earlier post and now can illustrate the Wales, Northern Ireland and Scotland printings.

I have shown the original 2012 versions. They're the second illustrations in each case. 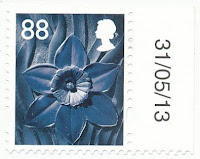 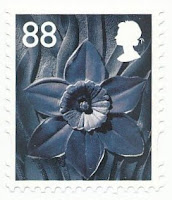 The Wales 88p is much more blue than before and easy to distinguish. 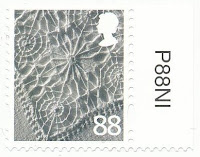 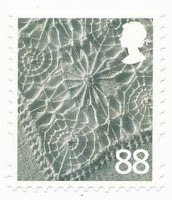 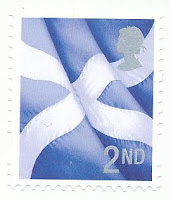 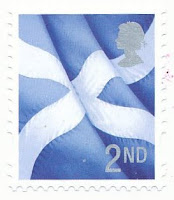 Not easy to spot individually maybe, but quite clear when you can compare side by side with the earlier printing, here's the Scotland 2nd with a much more slate blue colour. 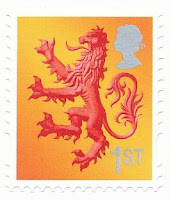 The Scotland 1st hasn't changed colour but the phosphor is now described by B Alan as 'vignetted'. Much less distinct edges towards the centre of the stamp.