I wonder what inspired the latest font charges in the booklet covers released this week? There is some resemblance to the Mr Men text but I can't imagine that's the reason. Maybe it's just the Royal Mail going for a younger look. Interestingly, the 1 on the Mr Men book is considerably fatter than on the 4 x 1st Large book. 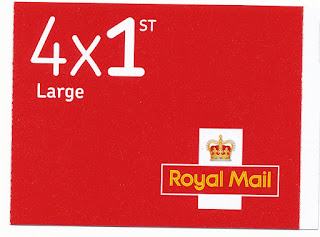 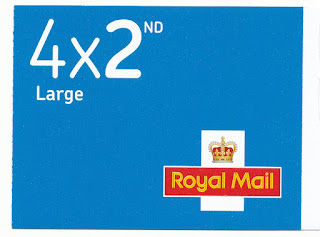 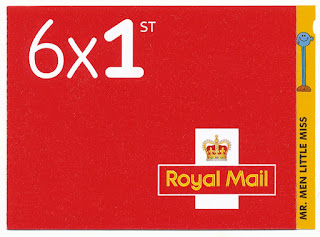 Inside, things are not terribly interesting and I do think there is a big space crying out for some self-promotion in the 1st and 2nd Large panels. We've seen the space used in the past for some very tedious stuff and I'm not sure I particularly want to see Sun Life Assurance Co. of Canada return with their £4315 for us at 55!! There's an opportunity for something that wouldn't cost a great deal to print and yet could reach quite a decent size audience and which could be better than a shiny white blank space.

I am assuming that the 1st and 2nd Large stamps themselves are the same as previous issues we have seen on the security backing paper. The 1st red M16L MCIL is new.