Prestige confusion and more Spring flowers than you may think 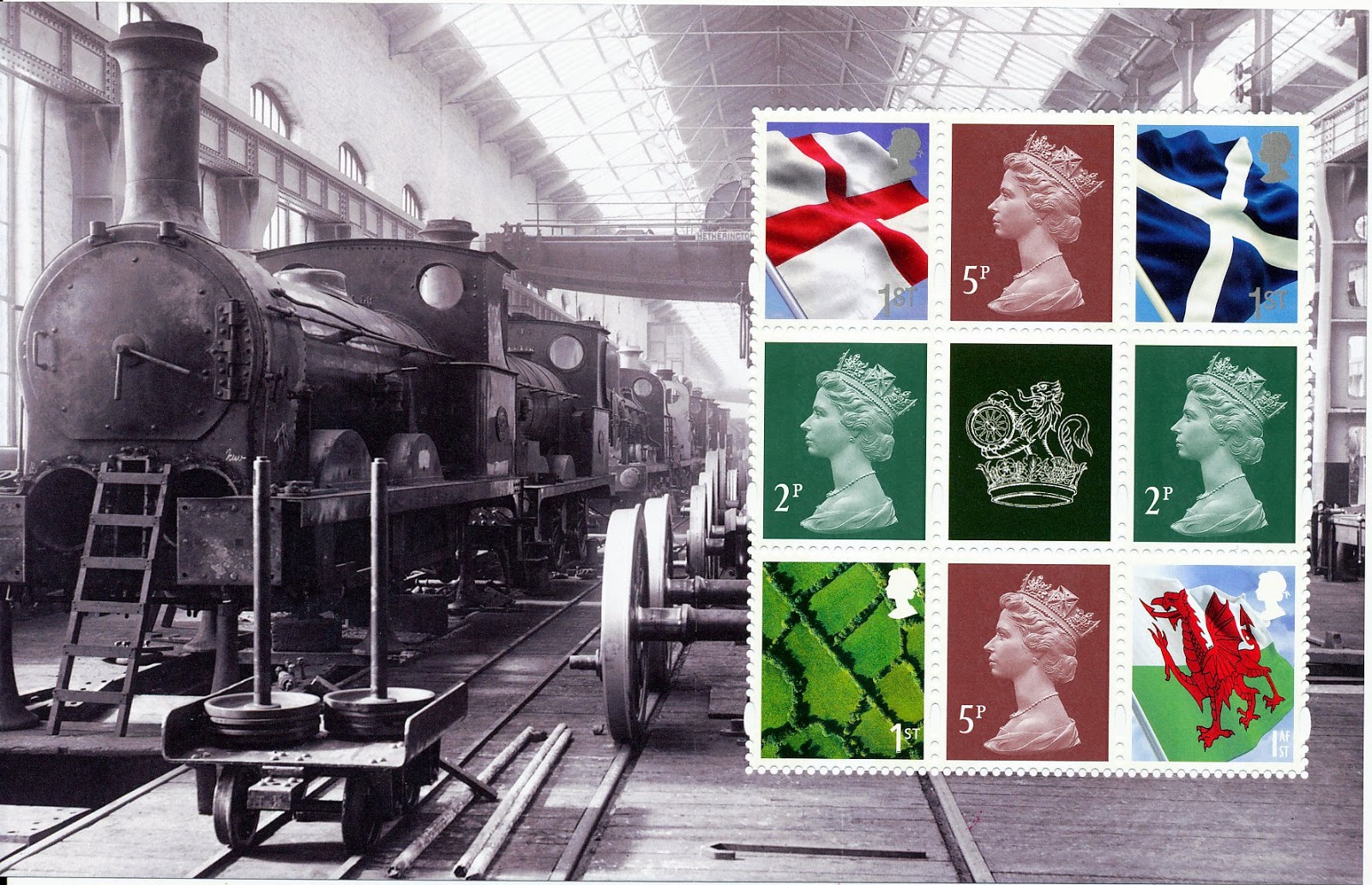 After all the effort I made to try and figure out who International Security Printers were it seems that the Loco prestige booklet was printed by Enschedé. Now, they may also be part of the magic ISP group but until I know more please accept my apologies for any rubbing out you now have to do in your records. So these are all new - four Regional pictorials and the 2p and 5p. You'll recall that the 5p Enschedé in the Merchant Navy book had ellipses near the top. And the last 2p was Cartor.

Another new find - no not a dark blue or black 2nd, that's just my scanner misbehaving and I'll replace the picture when I next use it - is a 2nd blue code M12L MRIL from Walsall. This came only in the coil issues used by big firms. Rare mint but you may encounter some used copies in used mail.

A new set of Post And Gos is here. Using the same quite bland style of image but the subject matter does cheer in contrast, you need to look out for three different versions already! The first will be the usual strip sent out by the Philatelic Bureau, never to be seen again once installed in an album or box. They have font style 3 as before.

Then you need the nice new font style 4 shown above. These are from new Hytech machines - well, new software in old machines - and have a much more attractive and well-positioned text element.

Lastly, the usual Wincor mchine is printing them with font style 2, annoyingly still misaligned but at least easily identifiable!