Something a stamp collector would collect 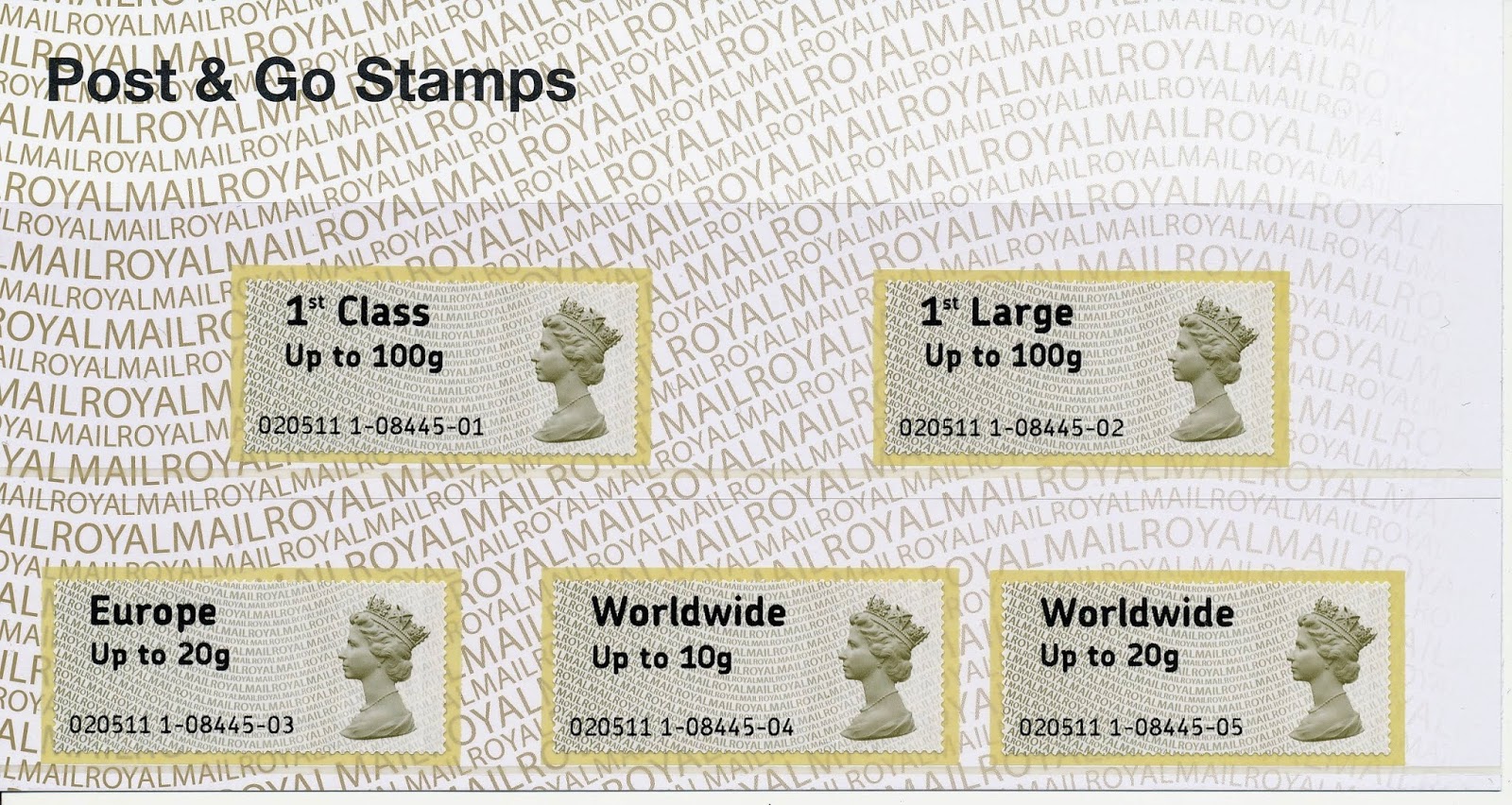 This is a Collectors' Pack prepared by The Post Office in 2009. It contains specially printed versions of the then new Post&Go labels. They're really quite different from the actual labels - check out the code inscription on the real ones below for a start.

The specially produced pack, though, is the most expensive Post&Go item in the 2014 SG Concise Catalogue. That doesn't seem right to me - you'd think the real ones which someone had to go and get from a machine somewhere would be a lot more valuable than something akin to a decorative plate that you could get on-line or, I suppose more likely then, with a phone call.

It is odd too that the Philatelic Bureau didn't (and still don't) supply real labels - ones that might stand some chance of being used in a postal way. (Whether we do or not is up to us. I like mint stuff because it's nice and clean and easy to see which variety it is and also I can get missing ones for gaps much more easily but I have a lot of respect for those who collect used items and am beginning to think that their collections, even with the inevitable gaps it will have unless they've been sending stuff to themselves, are rather more honest.) Even I do little to acquire my issues these days - they all come on standing orders although I have to say I still have a huge amount of work to do to file them and record them somehow but I haven't made much effort to find them in the first place.

So with all this in mind it is odd that several dealers and Mr Gibbons himself have announced that the Open Value labels are not stamps and they'll neither be stocking nor including them in catalogues. 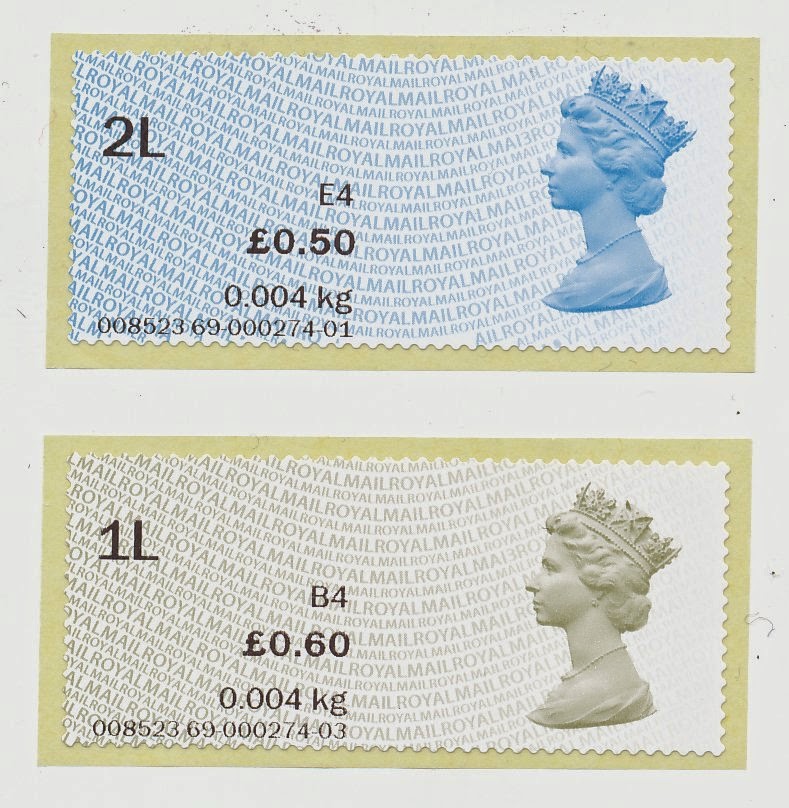 To my mind these are far more like the stamps of old that I had to go to a Post Office to buy. I am still a bit confused as to why we have both the Post&Gos with service indicators spelt out in a large font as well as these. I am guessing these will slowly replace the others as I understand that the machines can dispense a much bigger range than the few in the current form.

Unless I have missed something, the only difference between the two would be that the new style have to be used on the day they're issued whereas the others can be hoarded for years and used at some point in the future. Ah! Is that a pertinent factor for dealers? If the items have no validity for post a few hours after being dispensed then a dealer's stock value has no bottom floor. There will always be someone who'll buy mint 'stamps' - and as time passes rate increases should ensure that even offering a discount on face value need not mean making a loss - but the only people who can determine a price for the new items are us collectors. (I am taking the collectors' side here as I'm not much of a dealer really) No-one wants to be in our hands! Imagine: we could all decide that some issue is very tedious and not wish to pay more than a few pence for them but get very excited over another and the dealers will have no idea what to expect.

Well, maybe they should. Careful observation of the market should give the smart ones a good idea of what is likely to be in demand and where shortages might mean decent prices can apply. Take the extraordinarily short period when the items illustrated were available. A few days after these were printed the rates rose to 53p and 62p and you won't see either rate again in those colours unless something very strange happens like predictions of negative inflation prove correct but then we'll have more problems than whether dealers should list these items to worry about.

At least in writing this I have envisaged some vaguely reasonable explanation for why some dealers don't want to stock these things but I do still dispute this business of whether or not they are 'stamps'. They may not satisfy some old definition but as far as I'm concerned they're something a stamp collector would collect. and if what a stamp collector collects isn't stamps then we need a different name. But we'll still collect them, whatever they're called. How about notstamps?