Unintentional use of large typeface 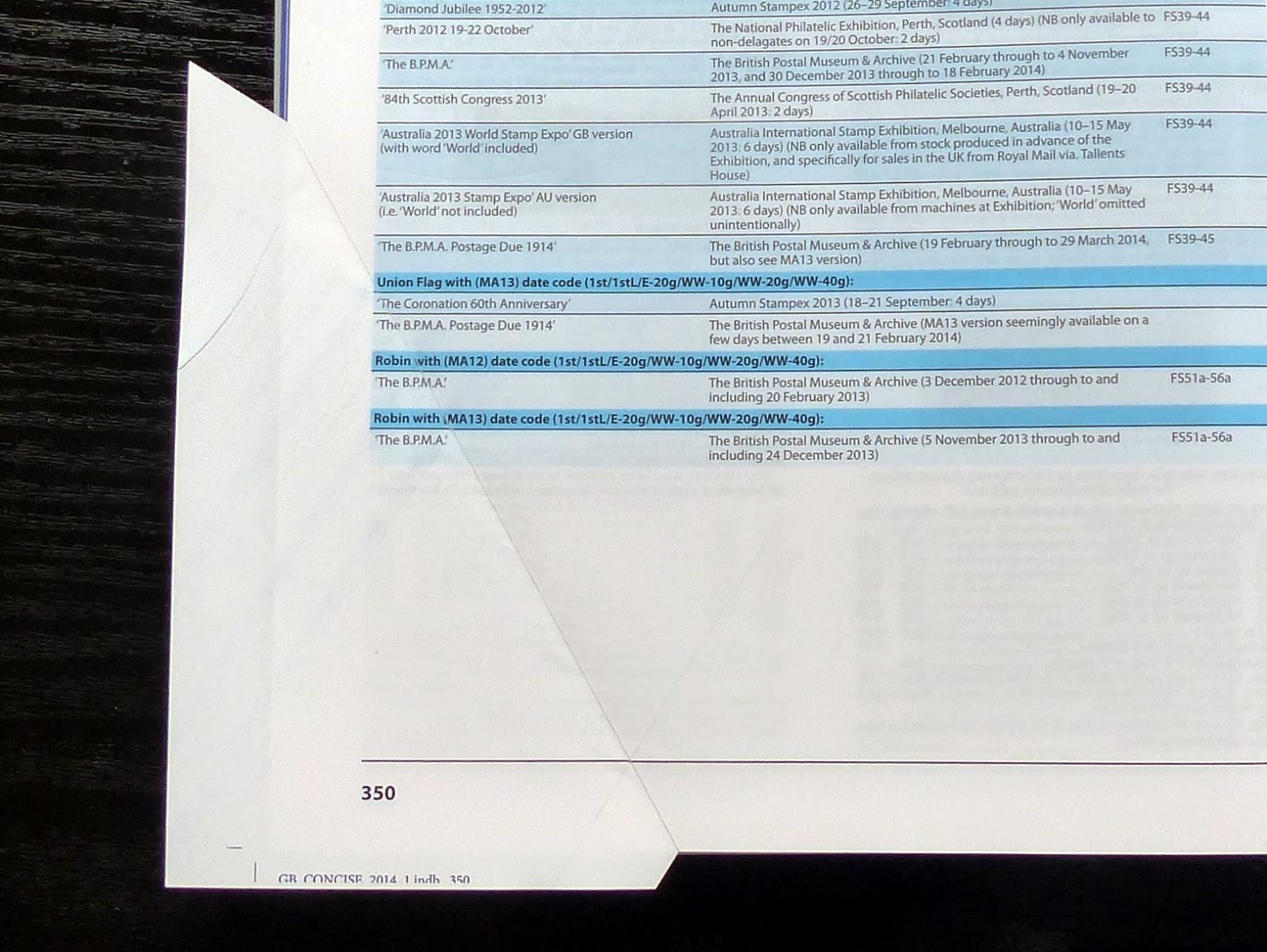 You hope like mad that one day you'll come across a sheet of stamps that gets miscut or something. Funny that the only example I have encountered is the 2014 SG Concise Catalogue! The page just happens to be one of the tables that attempts to list the venues where Post And Go overprints were available.

It is actually quite a useful bookmark, being close to the Machin section and the pages I most frequently look at.

I also have to smile at the repeated paragraph in the Post & Go section. Beneath each issue prior to Freshwater Life there is the

... are known printed unintentionally from Wincor machines with the second typeface variety resulting from software glitches causing a reversion to the large type face...

sentence. The more I read that the less sense it makes. Aren't these just varieties that could have been included as FS49g, FS21ai or something? It would have been good to see these listed and I rather think they might have occupied less space than that ruddy paragraph at the end of each section. Not exactly the classiest editing either. Surely it would have been far more presentable just to have a general note to that effect in the introduction.