So which was your favourite Special Stamp Issue of 2014?

The good folk at the Philatelic Bureau are asking us to vote for our favourite stamp and set of stamps from those issued in 2014. No, they don't let us vote for the Machins. I thought I would publish the relevant pages here as many of you may well not have even seen any of these. Apart from one or two, I haven't noticed any of these myself and I do try to pay some attention to what appears on envelopes wherever I am.

I have a feeling that the Poppy remembrance stamp, and maybe the slightly more attractive Poppy in the Post and Gos, will feature strongly in the results as well as Winston and one or two of the delightful children's characters. I'll tip Dougall, as he just bursts out at you, Paddington Bear, as there'll be lots of promotion at this time for his movie which could influence votes and all the postmen will presumably have a free vote or two and will nominate Postman Pat! 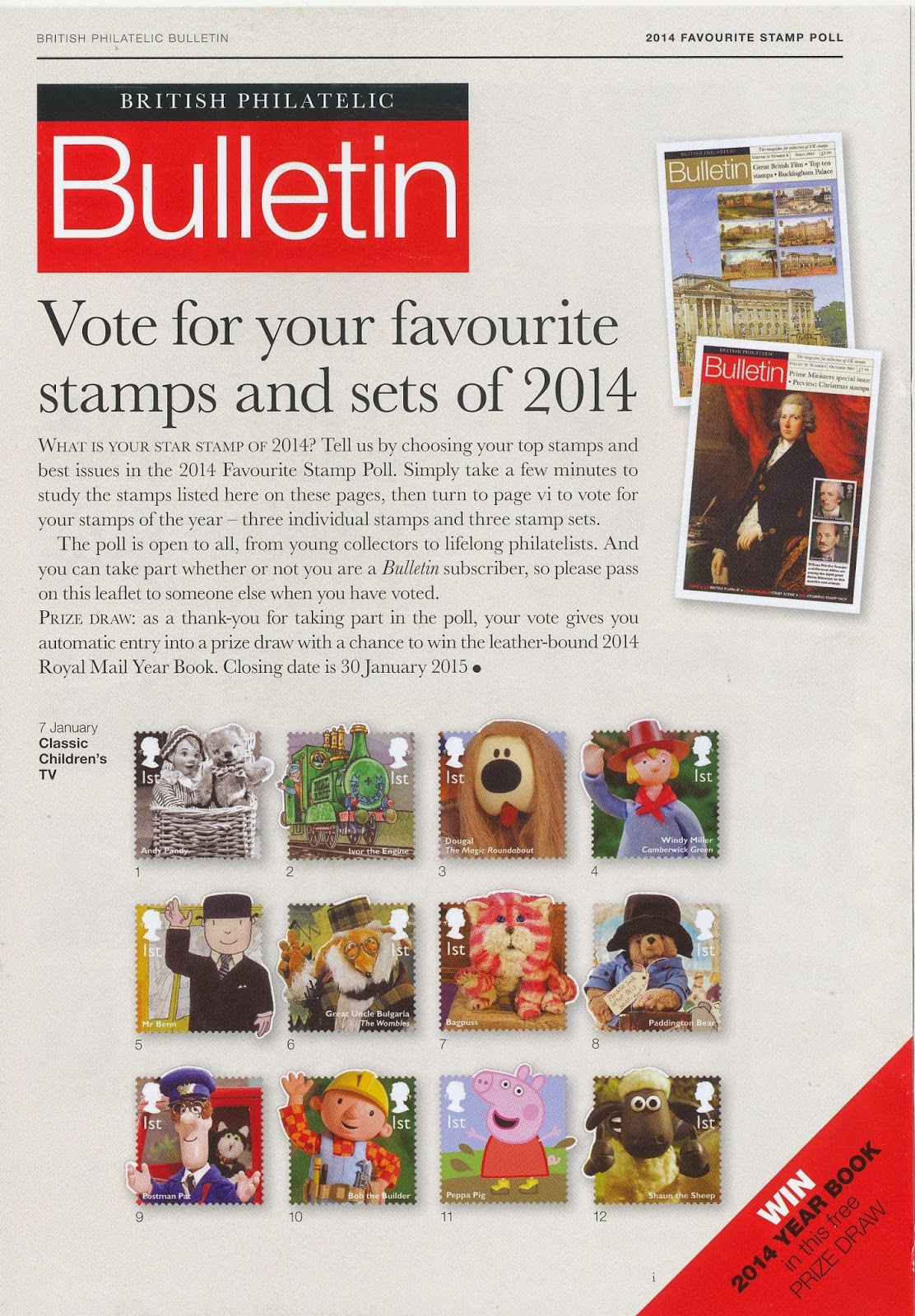 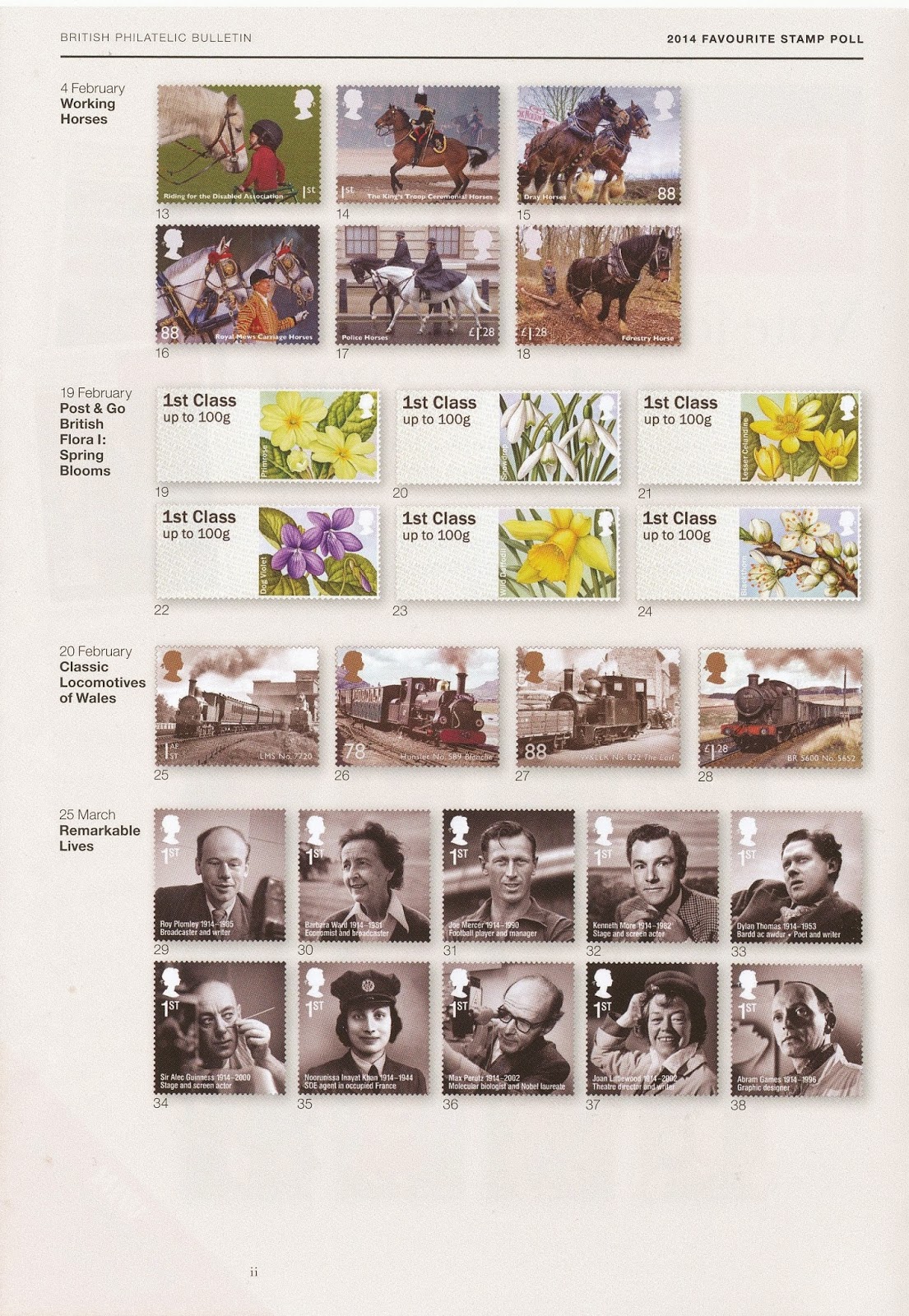 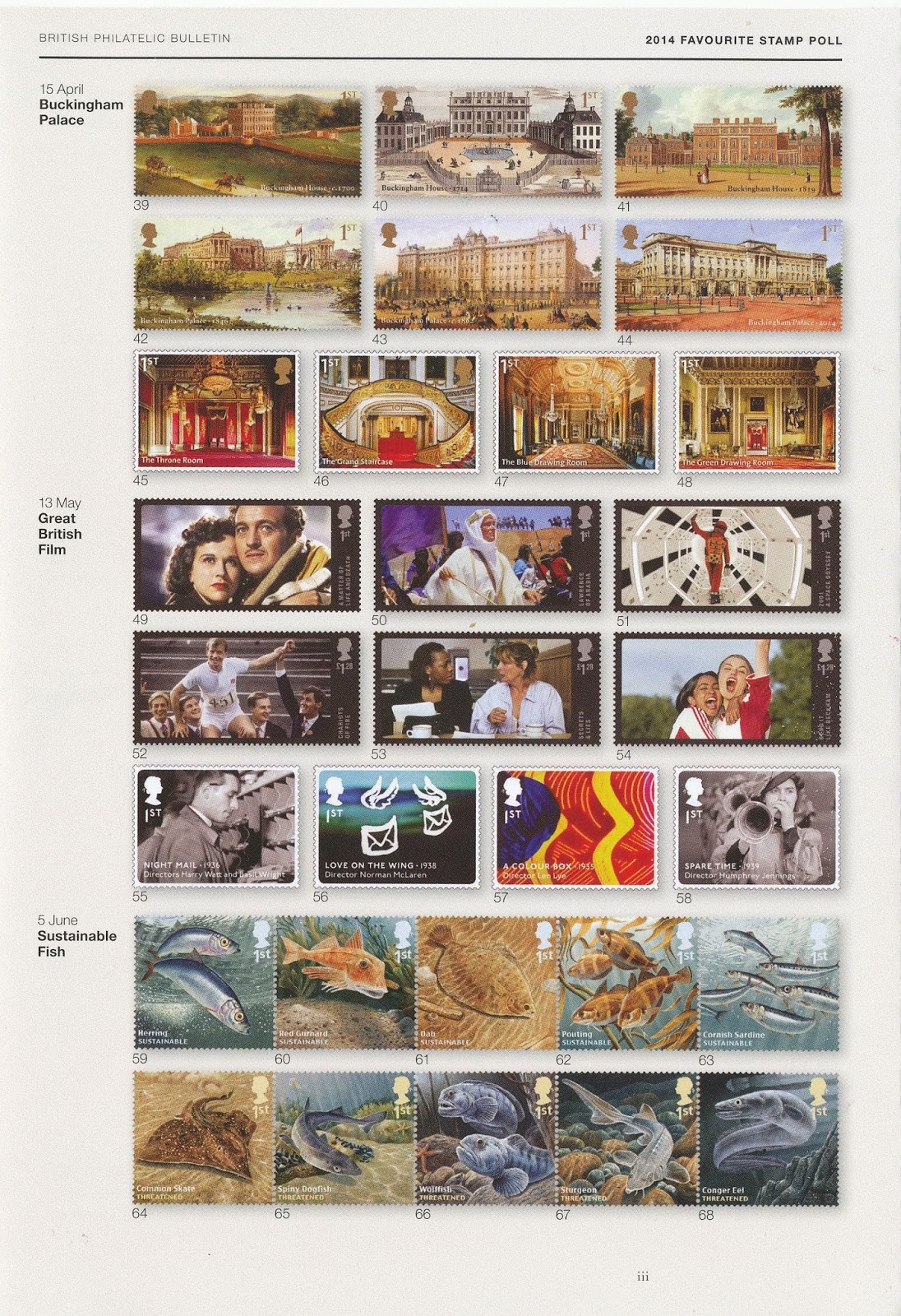 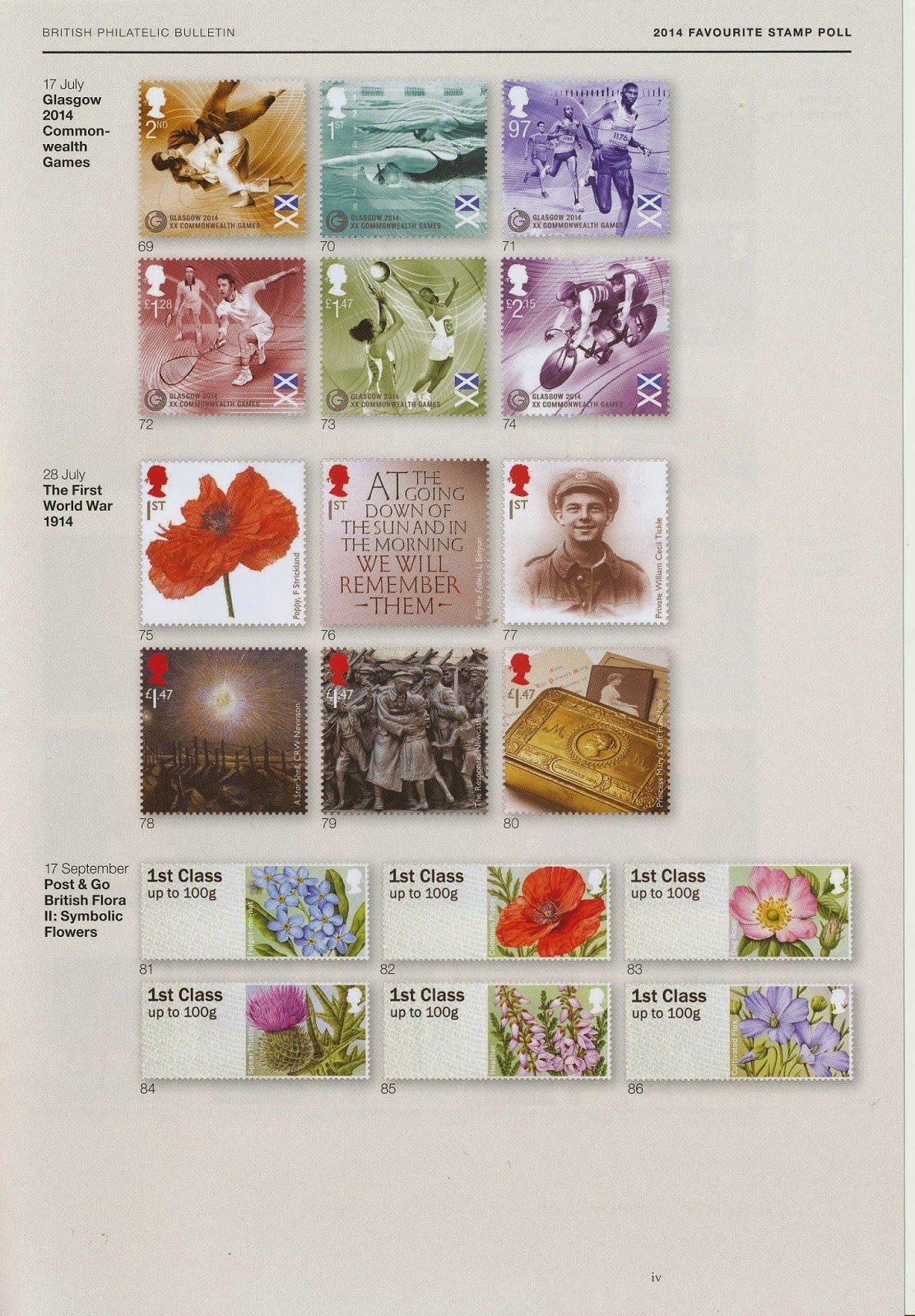 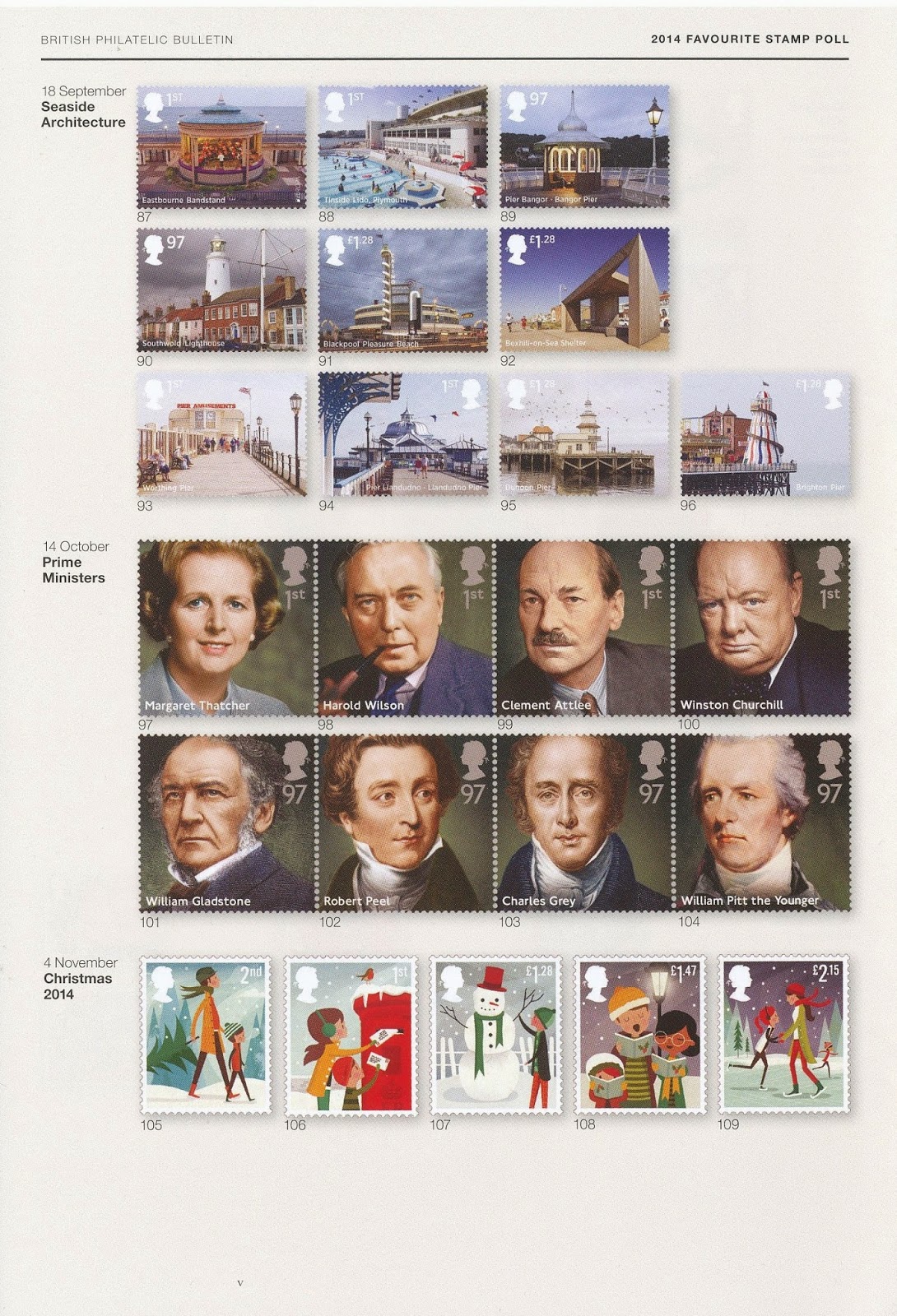 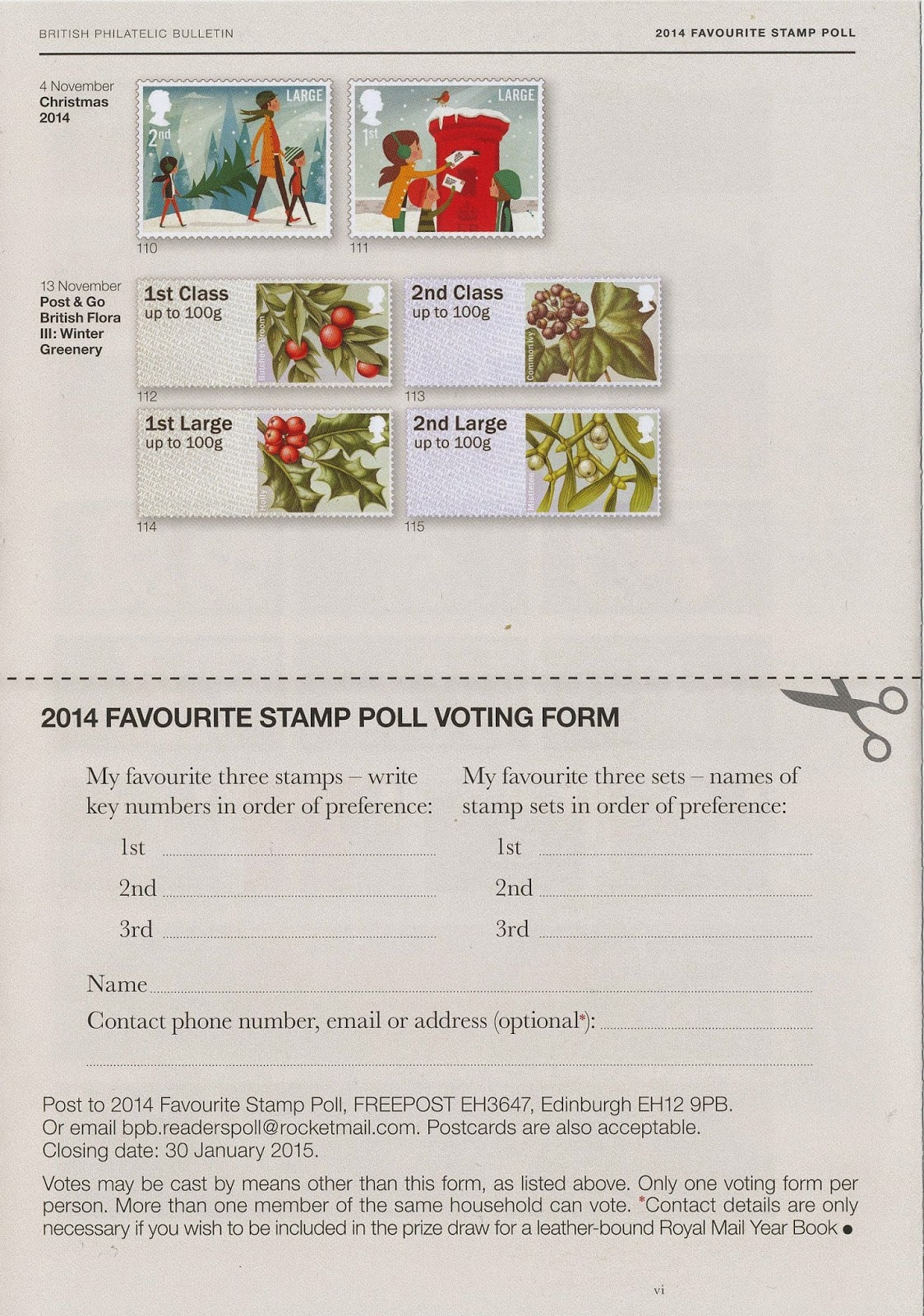