The shades are more interesting

It took me a good half an hour or so to figure out just what the dealer had sent me this month as not a lot tied up with the invoice. The main problem, however, was not looking for amounts that might add up to the various figures paid but distinguishing between these three pairs and wondering why on Earth I'd been supplied with them anyway! 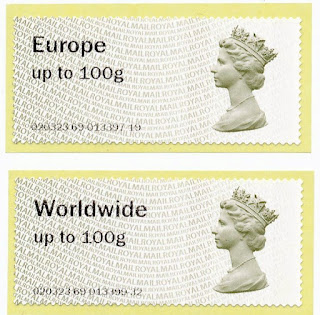 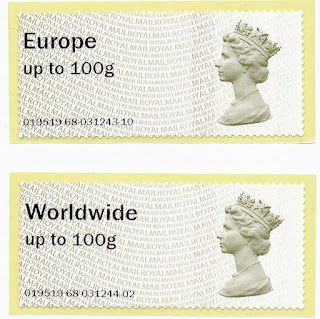 These are virtually the same but don't have inset phosphor. One of these pairs is surplus and as these were the more expensive they'll be what I either return or sell. 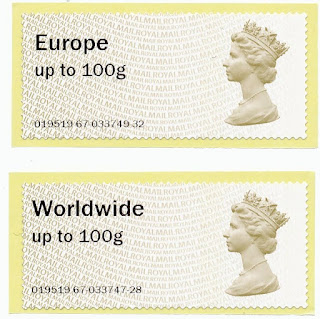 These are the same as some provided some time ago, type IIA again and still with MA14 in the background as before but these don't have short phosphor. So these or the earlier ones can go.

To be honest, the really interesting thing about all these is the shade difference - quite obvious as you can see. Now that I would collect. I think this was the shade of the short phosphor version too and the other pairs' darker shade is similar to their predecessors too so these needn't be retained but I probably will as it is a hassle getting them returned.

I could barely contain my excitement when the mailing also included three booklets, one which the Post Office had already supplied with the latest Concrete and Clay layout and these two providing M15L MTIL and M15L MSIL variants. I am pretty sure I have noted these before but they're almost new and rumour has it that one book has some new phone numbers and the other has some weird Welsh stuff on it. I do wonder why we don't have variants with Gaelic or even Cornish or whatever the Irish speak.The Welsh do seem to have special treatment and I am not sure there are more than 17 who will actually encounter these booklets and need to have a translation of To Check Postcodes and addresses for free go to.

This has been another tedious month but then August used to have nothing happening anyway so I shouldn't complain. I also thank my lucky stars that I didn't have to cope with (and pay for) the new 100g values on British Flora II and ist Class and higher values printed on the background intended for 2nd Class in British Flora III, yet another new naval overprint, RNSM on Machins and Flags, Sinpex overprints on two types of Flags (with and without dated backgrounds) and BPMA Postage Due 1914 overprints on Flags with MA13 background. Gosh. That's a lot. If you are still managing to keep up then well done. You must be exceedingly well-off. Or were, at any rate.