A much more modest and pretty display for 2012, and this is one year I am so glad that I'm not collecting commemoratives or either Jubilee or Olympics themed stamps. In addition, there have been massive issues covering the nation A-Z as well as the usual selection of the weird and the wonderful. probably a wedding too, I can't remember.

Illustrations and details again with acknowledgements to Robin Harris and that's where the links on images and some items go where you can get loads more wonderful detail. I don't know the guy but I like him and reckon that if I ever go to Canada I would simply have to look him up. Perhaps when I have finally caught up, like I almost have now, and start adding my own images and the pictorial Regionals and other bits and pieces he doesn't cover, this blog might be something he lands on one day and he'll come and sample my coffee.

Whilst on the topic of good old' boys, I should mention the folk at B Alan Stamps. Way back in the 1970s I had an account with them which bore the number 8111. That kinda looked like Hill, my surname in the then computer font used which I quite liked but that's not the reason for mentioning them now. They had this distribution service whereby every few months a brown envelope would arrive stuffed with little opaque envelopes and card and in the little envelopes were varieties of Machins - printers, phosphors, perforations, head types etc that the Harrison issues, in particular, produced. These were almost impossible to get on your own as the Philatelic Bureau only dealt with the basic issues. Circumstances led to my having to drop out of that for several years and I missed all the goings on around the later 80s and early 90s which was most frustrating and it cost me a fortune to get all the necessary items later. I've been meaning to get some automatic service going again for a while now instead of looking at dealers' sites for what I seem to have missed, albeit not as much as used to be the case with the Bureau now doing a lot more than they did.

I just put B Alan into Google and, sure enough, not only were they still around but they had a decent-ish site and, most delightfully, publish a free catalogue called The Connoisseur of Machins catalogue. This is a work i progress but well done to them for what they've produced so far. Pages are in massive PDF files which can be a bit of a drag but you can, at least download them and browse through them at your leisure. Thoroughly recommended. Much more detailed thatn many people will need, which is why I think my own catalogue will still have its uses for those seeking a simple checklist without wanting to do what I have had to - scour bulletins, blogs and sites for information.

I have now enrolled again so hope that from here on, I shall have their regular news which, in addition to Robin's, Norvic's and the Bulletin, will be sufficient material from which I can select my version of what I suggest you collect, look out for, try and track down from here on.

I should also have time, at long last, to maintain this blog and my listings properly and will welcome any contributions from readers too to make this as informative and useful as possible.

I am currently working on the web site to feature the listings and will probably use Google Sheets to display the lists so that they can be readily updated. It's just a matter of making it all look reasonably attractive and legible. My purpose in doing all this is not commercial but to help collectors old and new. I don't sell stamps but I am happy to advise on portfolios for investment or to acquire items on behalf of others and would use the services of those I've mentioned and whose resources I've used to catch up to do so. 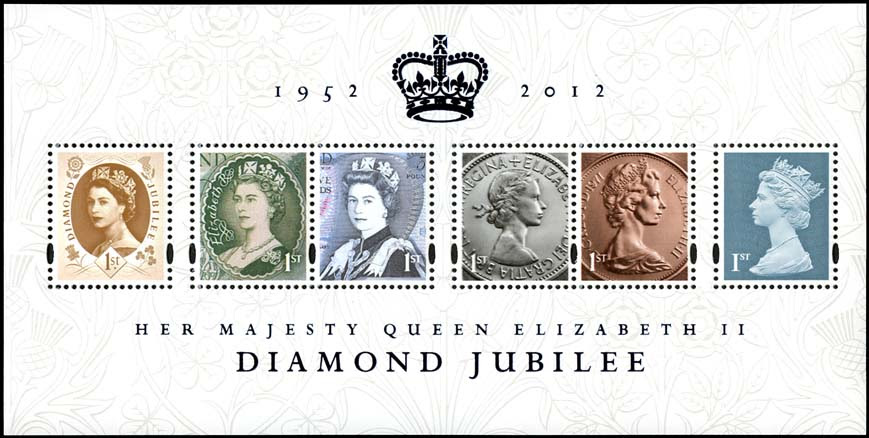 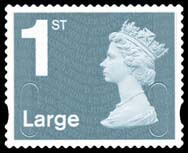 February brought a Jubilee 'over'print option and on December you could choose a BPMA (British Museum of Postal Archives) 'over'print. I am guessing that with two types of machines in operation these must be available in two styles each and for the increased range of 6 denominations. That's another 12 to the list by the seems of it and I wouldn't mind betting that we'll discover a bundle of variations on the theme too!

I am beginning to wonder whether those 'over'prints are actually something I need to collect. I don't want them - it would be merely a case of feeling that I needed to. They do have a whiff of 'commemorative' about them. But then, what would my reaction be to, heaven forbid, Machin definitives being overprinted with this or that? Just as I felt obliged to get the Boots panes I may well feel obliged again. Let's hope that doesn't arise. If these things do start getting either numerous of somewhat limited as to where people can get them then I shall think again. For ow, they'll remain on the list and I hope someone can find them for me as there's no machine anywhere near here! I must check with Edinburgh - they're probably on a basic order list if I were to look. Or no doubt Mr Alan and staff will help.

Right, that's it. Thanks for reading and hope you get a flavour now of what I'm doing and will follow future (more original) posts in future.

You can also follow me on Twitter soon. Look out for the link in the sidebar. I'll be something like @StampCollector or @31ppurple - haven't decided yet.